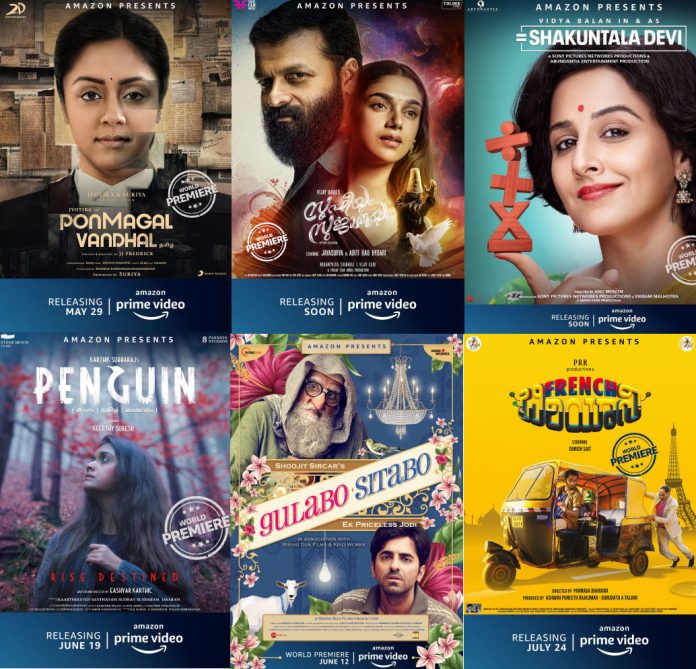 Amid the COVID-19 and the extended lockdown people have taken to digital platforms for work, learning and entertainment. OTT platforms across the globe are having a record number of increase in its users than ever.

OTT platforms have been a talk for some time now as the lockdown continues and the theatres closed. Film industry across the country have been in discussion on how they could successfully release their movies online through OTT platforms such as Amazon prime video, Netflix, YouTube, MX player etc. are some of them. Recently a Hollywood film named ‘Extraction’ starring Chris Hemsworth was released online through Netflix and was a huge success. OTT platforms have proved to be successful in having a wider audience who could enjoy movies with the safety and security of their home during these times.

With the continuation of lockdown, the producers and film makers have decided to release their movies online through Amazon Prime video.

‘Ponmagal Vandhal’ starring Jyothika Surya and JJ Fredrick is the Tamil film to get a direct OTT release on 29th of May. It is one of the first Indian film to have an online release through Amazon prime video.

‘French Biriyani’ and ‘Law’ are films from Kannada which are to be released on this popular OTT platform.

But even after COVID-19 has left us, OTT platforms such as these will not a substitute for traditional film theatres but a co-existence of the same as consumers would want to have their options. There are those of us who enjoy movie theatres and those of us who are more comfortable within our homes.

With the right kind of digital marketing strategies films would have a higher reach among online users as the screen time of users have increased and digital advertisements will yield better results than traditional print media. Is this the new normal is what needs to be seen in future? Will more films follow suit and if so what would happen to the multiplexes and single screens is something to ponder on?