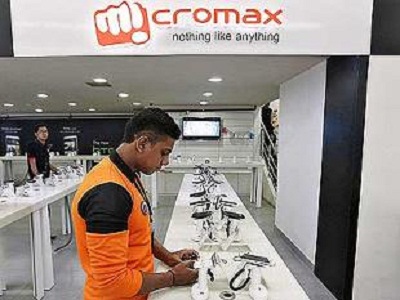 As the e-commerce trend is increasing in India, the homegrown tech manufacturers are opting to sell their offerings via online channels. The same has already been carried out by the global players such as Xiaomi and Motorola as they started selling their smartphones exclusively via the e-commerce giant Flipkart. Eventually, theIndiabased vendors are also hoping to imitate the same.

Lately, the second largest smartphone maker inIndia, Micromax announced its Yu brand of smartphones and the first one called Yureka running on Cyanogen OS has been let out on sale via AmazonIndia. Also, the third largest vendor, Lava has claimed that it will introduce its own e-commerce portal to sell its sub brand under Xolo via the channel. Also, Chinese smartphone makers ZTE and Huawei also witnessed success in the Indian market by launching online only models.

As per market analysts, the share of online sales in the total volume of smartphone sales in the country is geared up to grow between 22 percent and 25 percent, while it was 15 percent in 2014. This is possible as the online channels provide better margins, product differentiation and tighter control on the distribution channels.

Indiabeing the third largest smartphone market, leaks during the delivery of products are a great challenge for the online only model. Regarding this, Faisal Kawoosa, Lead Analyst at CyberMedia Research added that selling online will help the vendors in gaining greater control on the channel distribution and supply chain and also handle the marketing and pricing policies separately.

Notably, Xiaomi and Motorola have managed to gain 1 percent and 5 percent of market share respectively in just months of entering the Indian market wherein a solid offline distribution network is expensive and it takes time. Regarding this, Tarun Pathak, Senior Market Analyst at Counterpoint Technology claimed that the online only strategy will help the brands to stay lean and target millions of users in the urban and suburban markets as well.

Notably, though the potential for online sales is on the rise, analysts warn of the downside as well with the leaks in delivery system. Talking about this, Kawoosa added that the channels should be 100 percent sure that those products that are ordered are delivered to the end users instead of the buyer getting a shocker wrapped in a parcel.