What didn’t happen earlier seems to be happening now – contradicting the clichéd history repeats itself quote! Between 2007 and 2009, the number of millionaires in India went down, but this didn’t affect the sales of luxury cars – in fact sales almost doubled during this period.  But this year, the segment is expected to hit the bottom in the last ten years. Analysts fear that this might even cross the 10% mark!

In the past few years, this segment had clocked over 30% CAGR growth, but that doesn’t seem the case now. In fact, expecting this slump in sales, many car makers are revising their yearly topline expectations.  Take the case of BMW, despite the plans to introduce at least 6 new cars in the coming months; it has reduced its targets for this year as well as next year! Just like the industry BMW too is witnessing a reduction in growth numbers from about 40% all the way to 10% !

There are several reasons for this downfall. The first culprit, as expected by any layman also would be the rise in fuel prices!  While a lot of these cars gulp in gallons of fuel with lower mileages to other cars, a rise in either the petrol or diesel prices dampen buyer sentiments! Even the rich are now conscious about fuel prices!  This has been a major reason for the slump in sales!

Another factor would be the increase in import duties. With import duties at about 140%, up 30% (in absolute terms) from 110%, these cars just get costlier and costlier! In a way the rich get taxed for their hobbies! This adds to the worry of rising fuel prices! Even if some of these were just fitting the budget of many upcoming millionaires, these cars are now far from the reach of these rich guys!

A factor that can be clubbed along with the previous point of rising import duties would be the continuous depreciation of the rupee, making these imports more expensive! Simple economics!

Now that the segment may not be considered in the category of bleeding segments like the airlines, it sure will head that way if these sales slumps continue. But there is one auto maker that doesn’t seem to be affected by this industry slowdown and that’s Audi which is pretty upbeat on a 40% growth spree this year! Want to know how they are making sure they are staying ahead of the race – that’ll be coming soon in another write up! 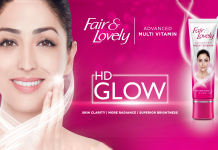 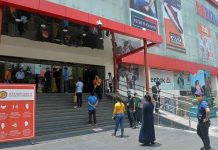 RAI survey: No significant surge in the retailers’ business even with the lockdown relaxation 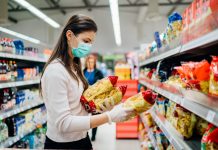