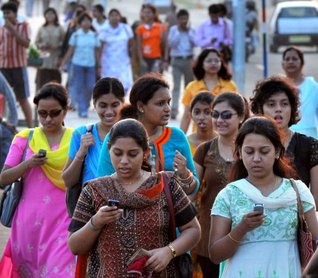 If there’s anything any business house would want from their consumers – it would be trust and loyalty. Likewise, trust in a company and its offerings stands high in the list of what consumers would like to have. Figuring out who millions of indian consumers trust is in itself a herculean task, but this was made possible in the Brand Trust Report – India Study – 2012.

A primary research was done in 61 areas of trust by the Trust Research Advisory. It was conducted across 15 cities with over 2700 influencer respondents. Now if that doesn’t sound  big wait till you read this. A total of 12000+ hours of research was spent on this task that brought out 2Mn data points!! Safe to say, the results can surely be trusted!

As expected, this year’s top honors went to Nokia and Tata who stood at first and second position respectively. Tata remained the only Indian Brand in the top 5!! Indian Business houses – its time to wake up! Anyways, coming back to the standings the giants LG, Samsung and Sony were at third, fourth and fifth placed respectively. Interestingly, Sony dropped two positions from its third position last year. The next two places were taken by  Maruti Suzuki and Bajaj. LIC, remained as the most trusted brand in financial services and was at 8th place overall followed by Indian Telecom giant Airtel. Reliance was at tenth position thus completing the top 10 most trusted brands.

As far as personal brands are concerned, Anti-Corruption Crusader Anna Hazare was ranked the highest in personal brands followed by maestro Sachin Tendulkar, Bollywood’s Dabangg Salman Khan, The Big B – Amitabh Bachchan and Amir Khan. In construction DLF was most trusted by Indians, in entertainment, it was PVR, Pepsi in food and beverages and interestingly Air India in Airlines!!

Well these were some of the big names featured in the report I too somehow agree to most of these rankings including that of Air India!