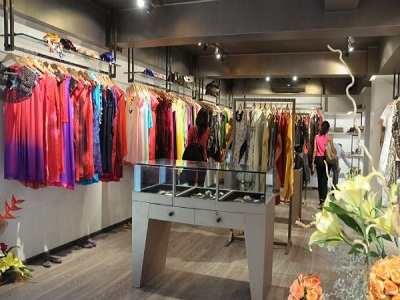 While the growth of overall consumer market witnessed a drop taking it to the lowest level in a decade in the last fiscal year that ended with March 2014, the top global fashion brands are witnessing constant growth. Brands such as Zara, Benetton, Marks & Spencers, Levi’s and Tommy Hilfiger have posted that they have achieving growth rates of 14 percent to 42 percent every year in terms of revenues. Of all these global fashion brands, expect Tommy Hilfiger, the rest have high bases over Rs 500 crore in the country.

Notably, despite their growth, not all the brands have made enough money as they came up with attractive discounts and affordable pricing for their products to lure Indian consumers. This along with the depreciation of Indian rupee and hike in the input charges have made them operate without much gain in terms of money.

Marks & Spencer RelianceIndiathat operates Marks & Spencers stores in the country has witnessed losses of around 400 percent that is roughly Rs 87 crore in the last fiscal. Also, Inditex Trent Retail India running the Zara brand inIndiahas reported a one-third fall in its profits.

Regarding the huge loss that the Marks & Spencers fashion brand has experienced in the last fiscal year, Venu Nair, the Managing Director at Mark & Spencer Reliance claimed that they are continuing to invest in their stores. This move is believed to help them create an inspiring shopping environment to showcase their latest international trends at competitive pricing for their consumers in the country.

Lately, there were reports circulating all over the Indian media claiming that Marks & Spencers is planning to add around 38 outlets in the country that will make it number of stores 80 by the year 2016. As of now, the brand has 42 outlets in the country and it is in plans to open couple more stores inHyderabadby the end of this year.

Betty Sebastian - December 3, 2021
0
Camera Marketing is an emerging tech-marketing technique in the world of digital and social media marketing. It will soon develop as one...