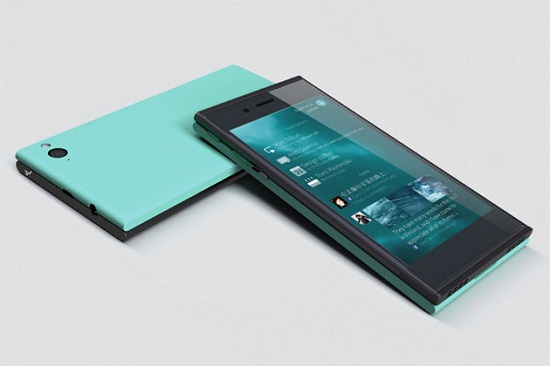 Sept 21, 2014: Finland based smartphone maker Jolla that was founded by the former Nokia employees in 2011 has announced that it will be launching its first Sailfish OS based smartphone on September 23 in India. The firm will be hosting an event inNew Delhion Tuesday to launch the handset in the country. Furthermore, Jolla has tied up with e-commerce portal Snapdeal to retail this smartphone exclusively in the country.

Jolls’s proprietary Sailfish operating system is claimed to be a completely open source platform that provides a customizable interface and complete support to gestures. Also, this platform is touted to take charge of multi-tasking efficiently allowing the users to see all the active apps in a single screen. Such a feature is not included in any other mobile operating system so far. Moreover, it quenches the users’ needs for applications by allowing them to download apps via Yandex, Aptoide and other third party app stores.

The new Jolla smartphone has a distinct build with a button-less design. Also, the Sailfish platform does not display any navigational buttons and the users have to control the device via gestures.

In terms of specifications, the Jolla smartphone is fitted with a 4.5 inch IPS display boasting a qHD screen resolution of 960×540 pixels. There is a scratch resistant Corning Gorilla Glass 2 protection on the screen to make it strong. In terms of storage, the device comes incorporated with an 8 MP primary camera teamed up with LED flash for an enhanced performance under low light conditions paired with a 2 MP front-facing selfie camera.

When it comes to raw hardware, the upcoming Jolla smartphone is stuffed with a dual-core 1.4 GHz processor paired with 1 GB of RAM for moderate levels of multi-tasking. The global variant of the Jolla phone supports 4G LTE connectivity, but this remains to be confirmed for the Indian variant.

According to the ongoing reports, the Jolla smartphone is speculated to be priced around Rs 28,000 and be made available via Snapdeal for sale after its announcement.

Reliance to make its debut in the e-commerce business with Mumbai...