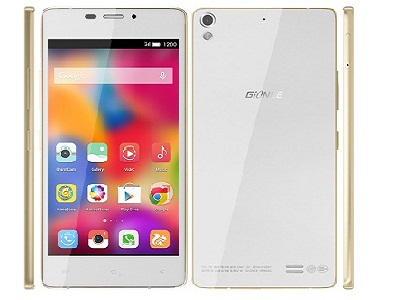 While there were numerous reports suggesting that the Android One initiative is not luring consumers as it was expected to, one of the smartphones launched in the program has managed to move out of the Indian market. Well, the Karbonn Sparkle V has made its way The handset is available free of contract and it is listed for sale via AmazonUK. It is claimed that the smartphone will be shipped to the other countries inEuropeas well.

Karbonn is one of the first hardware partners for the Android One program with Micromax and Spice being the others. The handset was launched in September and is priced at Rs 6,399 inIndiathat coverts to GBP 65.

The specifications of the Karbonn Sparkle V are pretty similar to those of the other smartphones in the program and they include a 4.5 inch IPS FWVGA display and a 1.3 GHz quad core MediaTek processor paired with 1 GB of RAM and 4GB of expandable native storage capacity. There is a 5 MP rear snapper with LED flash, a 2 MP front camera, connectivity aspects such as Wi-Fi, Bluetooth, GPS and 3G and a 1,700 mAh battery.

The highlight of the Android One smartphones is that they run the stock Android UI and will receive regular software upgrades that come from Google. It is also assured that these devices will get upgraded to Android 5.0 Lollipop early 2015.

Meantime, the Gionee Elife S5.1, the slimmest smartphone from theChinabased vendor has been launched inIndiafor a pricing of Rs 18,999. It has been announced that the device will be going on sale in the first week of December. The Elife S5.1 makes use of magnesium alloy frame and it measures only 5.1 mm in thickness.

In terms of specifications, Gionee Elife S5.1 is bestowed with a 4.8 inch AMOLED display with HD resolution of 1280×720 pixels and Corning Gorilla Glass 3 protection. A quad core 1.7 GHz octa core MediaTek MT6592 processor is housed in the device aided by 1 GB of RAM. It bundles 16 GB of non-expandable internal storage space and features an 8 MP primary camera with LED flash and a 5 MP front facing selfie camera as well.

Other aspects of the Gionee Elife S5.1 include 3G, Wi-Fi, Bluetooth 4.0, GPS and USB OTG and a 2,100 mAh battery rated to juice up the smartphone for 10 hours. The device runs Android 4.4 KitKat operating system topped with Amigo UI.