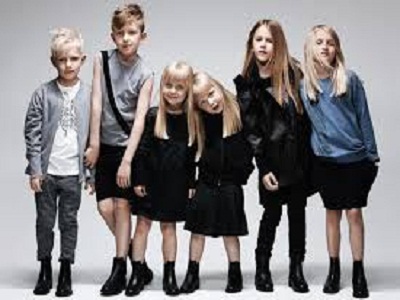 As parents in Inia have started earning higher and disposable income has also gone up there is an increase in the peer pressure and brand consciousness among kids. According to reports these factors are set to become the core ones to drive the kids apparel market in the country. Well, this segment that is pegged at Rs 72,000 crore is expected to grow by Rs 95,000 crore by the year 2016, claims a study.

This research has been conducted by industry body Assocham and it shows that the kids apparel market inIndiais all set to grow with a compounded annual growth rate ( CAGR) of 20 per annum. The same growth pattern is likely to continue till 2016 as there is an increase in the aforementioned factors.

The study has found that the fashion consciousness in children has seeped into to the tier II and tier III cities as well such as D ehradun,Ludhiana, Pune, Nashik,Indore,Varanasiand others. Furthermore, the online marketplaces are listing plethora of branded kids wear and accessories for the children in the age group between two years and 16 years.

Earlier, the trend was to buy functional kids apparel and not branded ones. Parents preferred buying children’s garments from small stores and street shops, while branded garments were considered only by the high income families, revealed the study.

Now, kids garments are sold by a pile of top brands such as Allen Solly, Arrow, Reebok, Puma,Woodlandand Marks & Spencers. Also, brands including Benetton, Pantaloon and Reebok have managed to rope in characters such as Pucca, Ben10 and Power Rangers for their collections to lure kids.

This invasion of popular brands into the kids apparel segment will definitely challenge niche brands such as Lilliput and Catmoss.

Regarding this, Assocham’s Secretary General DS Rawat claimed that children have becomes highly fashion and brand conscious and parents are also earning more money to spend on their demands. This has teamed up with the peer pressure that is also growing. These factors have made the kids apparel segment the only one to remain unaffected by the economic slowdown in the country and is slated to grow significantly.

Passionate In Marketing - July 3, 2015
1
The most popular social networking firm Facebook has managed to add 13 million more users in six months. This way, the social network has...

The Evolution of Corporate Social Responsibility