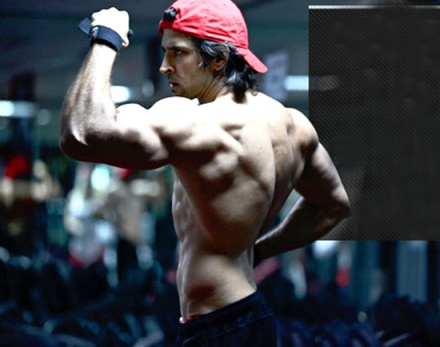 May 24, 2013: One of the most anticipated movies of 2013, Krrish 3 from the Krrish franchise featuring actor Hrithik Roshan has signed a two year licensing and merchandising deal with Dream Theatre which has got the licensing rights for some of the biggest global brands like Noddy, Angry Birds, Discovery Kids and Power Rangers. With this deal the makers of Krrish 3 expect to sell close to USD 3 millon worth merchandise and increase the lifecycle of the Krrish brand. The agreement includes animation related licensing and digital activation. This is the first time Dream Theatre is going to work on a local brand which is a sci fi film and has got a superhero.

Krrish 3 is all set for Diwali release and will be released with five versions includes two animated Krrish movies titled Kid Krrish. Kid Krrish will be aired on Cartoon Network before the release of the actual movie. Two more animated Krrish movies will be aired in 3 D format by the same channel after the release of Krrish 3.  First of the animated movies is planned to be released in July. The licensing agreement which is first of its kind in India makes Krrish the most marketed film of the year.

The movie which is being made on a mammoth budget has already given the overseas distribution rights to Eros International for Rs. 20 crore. The makers of Krrish 3 expect the movie to be a path breaking one setting new box office records in Bollywood and are looking forward to the star power of Hrithik who is fresh after the success of Agnipath which entered into the 100 crore club and the success of its earlier series Koi Mil Gaya and Krrish.