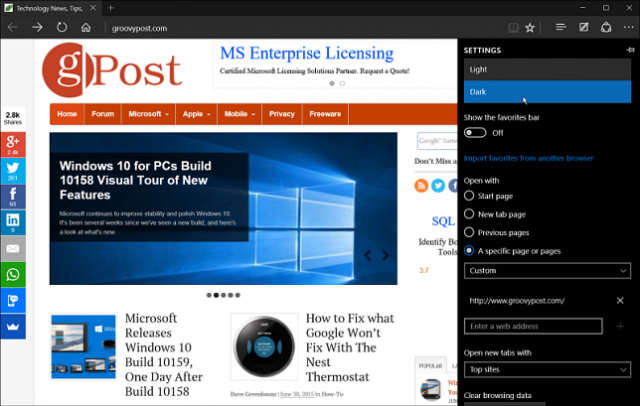 As of now, the Google Chrome web browser is the world’s most popular web browser, states StatCounter. However, the Microsoft’s latest web browser Edge meant for the Windows 10 platform might be superior to the Chrome browser.

In a Windows blog post that was made a few days back, the Microsoft’s Head of the Windows Insider program, Gabe Aul announced a new set of benchmarks for the Microsoft Edge that is the new web browser created for the Windows 10 platform.

The Microsoft Edge browser exhibited significant performance gains in comparison to the Google Chrome. The most impressive aspect is that Microsoft has made use of benchmarks that were created by Apple and Google. icrosoft has been tested using Google Octane, WebKit Sunspider and Apple JetStream. The last one is a benchmark that was created by Apple’s WebKit development team that was meant for Mac, iOS and Windows versions of Apple’s web browser Safari.

Regarding this, Aul stated that they are highly pleased with the performance gains and that they hope that the customers will enjoy faster browsing experience with the new Microsoft Edge web browser. The browser comes packed with great new features that are added to it in the last builds.

If the Microsoft Edge provides accurate results, it could soon become the web browser of choice for the Windows users due to its efficiency and power. There are different kinds improvements in terms performance that can spur the other web browsers such as Chrome to come up with innovations that will enhance their products.

In fact, the Microsoft Edge will be a great reason for the customers to choose the Windows 10 platform when it is released officially later this year. The users of Windows 7 and Windows 8 can download the Windows 10 for free.

Passionate In Marketing - September 15, 2012
2
They say - India, with a population of about 1.2 Bn is the most desirable retail market in the world! Now that’s one thing...

Footwear brand Khadim to open 400 more retail outlets in the...

Do you focus on second and third type of customers?

By 2024, airports to become intelligent spaces and airlines to become...