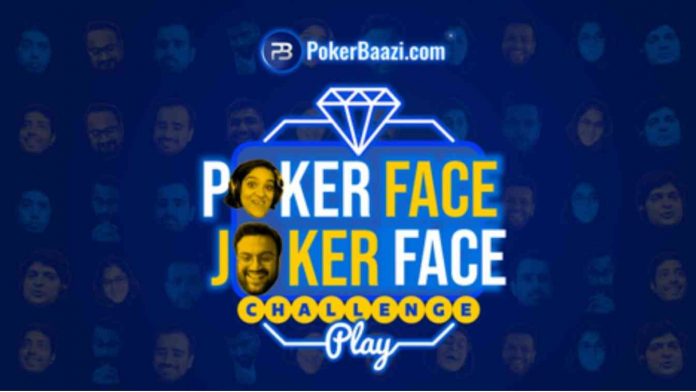 One of the sectors that have had a positive rate of growth during the time of the pandemic is the online gaming sector. Particularly the rummy and online poker games, which is a 22.2-billion-dollar industry, are forecasted to grow with an exponential CAGR between 2020 and 2027. For promoting their game, the company chose to go with a different way of advertising. They created the ‘poker face’ challenge in which comedians would face off their jokes against one another.

The promotion witnessed the likes of Sapan Verma, KaneezSurka, Aakash Gupta, Vipul Goyal, Ashish Shakya, Karunesh Talwar, Harsh Gujral, Gaurav Kapoor, Shreeja Chaturvedi, and Prashasti Singh. The participants were grouped in pairs and went on head to head in trying to make the other group laugh. The objective of the game was to make the other group laugh, thereby making a ‘joker face’ while still maintaining your own ‘poker face’.

The company took to social media to put out a statement that they thought it would be a good idea to light up the festive season by making a play at the heart of the poker game, the poker face. they also stated that with all that has been going on this year it would be good for the public to indulge in some light humor. Vipul Goyal, one of India’s top comics said that the campaign allowed them to explore poker in a fun way and brought more creativity into their jokes as they were facing off against their peers. The company aims to educate the unaware and misinformed individuals who are interested but hesitant to try it as most believe that money and luck are needed to play the game.

In the past six years since its inception, pokerbaazi.com has grown to be one of India’s most sought after online gaming platform. It is a member of the All India Gaming Federation (AIGF) duly following the skills of the Skill Games Charter. It is also subject to the rules and regulations for advertising set by the Internet and Mobile Association of India. The users are protected by PokerBaazi.com’s strict and responsible gaming policies, along with tools incorporated into the platform for self-regulation such as limit-setting and self-exclusion.