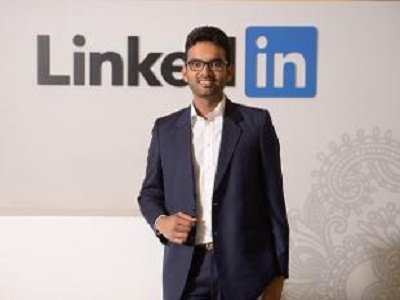 LinkedIn, the professional networking platform is caching on its second largest market India in order to drive innovation. The new country manager of LinkedIn India, Akshay Kothari claimed that the Indian R&D team at Bangalore is behind the global tweaks such as spam checks, mobile and email notifications of the platform.

After four months of being the India Head, Kothari claimed that the company is now working on the localized content and new features, especially for its 35 million Indian user base.

He stated that the very high level, LinkedIn’s vision is to form economic opportunities for the professionals. The vision is quite close to what they are trying to do in the country. If they were able to execute the same well, they can have a great impact both socially and economically. He stated the same as his reason to come back to India. In fact, it was a powerful vision.

LinkedIn is creating the world’s first economic graph and they are trying to map the world’s economy digitally. Within India, there is a bunch of different modes. There are certain skills that are needed to get those in the graph. They can connect people opportunities only if they are able to connect them pretty well. He added that they can truly democratize opportunities.

He added that between 2009 and 2012, LinkedIn India was mainly a sales organization that is selling to customers. They started building an R&D organization in 2012 and in the last three years, they have traveled a long way of having a great engineering group that builds platforms here.

In India, in the last few months, messaging has exploded as a means of communication. Numerous jobs are available and the same has grown signification since the last year. They are trying to enhance the experience and the value that the members in the country to get out of the platform.

More number of people is coming to read, stay connected, and informed. So, they are just planning to recruit. They have influencers who are regular writers. Instead of usual display ads, brands are investing more in content. The sponsored content is their fastest growing business.

Passionate In Marketing - January 22, 2015
0
There are rules against gender discrimination in the corporate world, but it has to be noted that the women employees are not getting paid...

25 top companies of the world according to Social Business Index

Pizza Express to Open 50 Stores in India in Five Years

Air India Boeing 787 Dreamliner – is it a game changer?