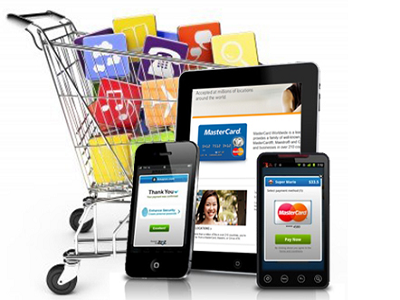 Shopping online using smartphones is believed to be a game changer in the near future and the industry experts believe that m-commerce will be contributing to 70 percent of the total revenues.

Regarding this, Amit Agarwal, Vice President and Country Manager at AmazonIndiaclaims that inIndia, the mobile internet traffic is pretty heavy surpassing the personal computer traffic. As the penetration of smartphones has increased lately, the country will soon become a massive market for m-commerce.

He added that the marketing strategies for the e-commerce firms will be tailored greatly. This will be done in order to suit this increase in the adoption of smartphones, social media and enhancement of the customer experience across touch points and platforms.

Regarding this, Kunal Bahl, Co-Founder at Snapdeal claimed that almost 60 percent of their orders come from mobile at present. He also added that this rate is growing fastly and they expect that over 75 percent of the total orders placed on their portal will be done using mobile in the next 12 months.

Even, fashion portal Myntra expects to achieve 70 percent of its revenue from mobile this fiscal. Regarding this, Shamik Sharma, Chief Product and Technology Offer at Myntra stated that the firm is currently making 50 percent business from m-commerce and with the launch of their official app on Android, iOS and Windows platforms the retailer expects to reach 70 percent by March 2015.

The m-commerce industry is predicted to grow to 30 percent of the e-tailing industry that is worth $3 billion that is likely to grow by 40 percent by 2020, claims Ankur Bisen, Senior Vice President for Retail and Consumer Products at Technopak.

According to Flipkart’s Senior Director of Marketing, Mausam Bhatt, the e-commerce industry is gradually becoming m-commerce. He added that the e-commerce industry is becoming more like m-commerce with the increase in smartphone use. While last year the retailer giant received less than 10 percent of their orders via mobile, now they are witnessing over 50 percent from mobile.

Passionate In Marketing - July 2, 2020
0
Digital healthcare company, Practo has launched a campaign #BeingADoctor on the occasion of National Doctors’ Day in order to recognise the efforts of healthcare professionals during various challenging...