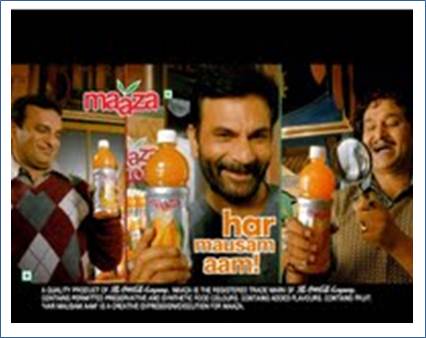 The leading juice brand, Maaza has come out with its new ad campaign “Har Mausam Aam”. Love has no season andneither there is a precise time for eating mangoes. This is what the ad campaign also wants to communicate. The ad comes with a tagline; you can have mango in any season and need not depend on its availability. It is winter season of the year, and a cold drink would be something which could come as a last thought. It is the second time in a row that the company has launched its ad campaign in winter season.

Mangoes are a summer obsession but chilled mango drinks, a pulpy and refreshing substitute have no seasons, and this is what Maaza would like to convey to its customers.  The “Har Mausam Aam” campaign is launched by Maaza as a year round option. Slice struck the chord last summer with its famous “Aamsutra” series, and now Maaza has come out with this campaign.  The ad campaign is sure to place Maaza as an all season brand, and that is something the company desires.

It is not cliché that the brand in its ad campaign backdrop had managed to create a strong niche for itself conquering 37% of the market share in juice segment. The other players who are giving tough competition to Maaza include Slice with a market share of 22 % and Frooti with 13%.  Maaza remains the only juice brand in top ten even ahead of the aggressively marketed colas.

The new campaign goes a step further in including “Har Mausam Love” to “Har Mausaum Aam” this year. To add a love quotient to the ad, it features Imran Khan and Parineeti.  Parineeti Chopra and Imran Khan are new faces for the brand and the ad features Parineeti as a mango crazy girl who have a number of guys’ crazy about her. The ad portrays a modern day “Swayamvar” and the girl says that she would marry a guy who gets her mangoes in the off-season. The road-side Romeos get set to search for the mangoes when super hero Imran Khan wins her over by offering the all season drink Maaza. 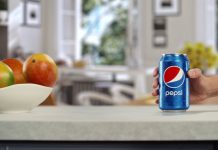