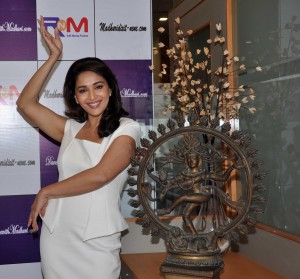 interactive and social atmosphere. The experts feel that this move is surely going to be a game changer with the fan following that Madhuri has around the world. The power of brand Madhuri can be judged from the endorsement fees she charges even though she has not acted in a single movie since 2007. Madhuri Dixit Nene commands endorsement fees of Rs.3-3.5 crores for a two year contract.

The Bollywood industry has applauded this latest development and many in the industry feel that this would be a good platform for individuals looking to learn dance moves as when it comes to dance Madhuri is often looked as a reference point. In the words of Karan Johan, “It is a very intelligent move because apart from the huge fan following she still has, Madhuri’s brand value is tremendous. For everybody who wants to be a star, she is the reference point. And the way she has balanced her life — mother, wife and actor — adds to the respect she commands.”

Passionate In Marketing - August 2, 2020
0
The 2020 Tokyo Olympic will always remain in the history books since it is the first time that the Olympic Games are...