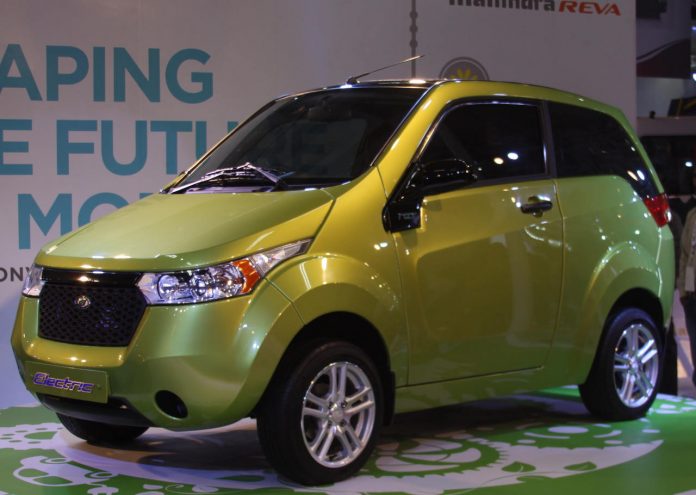 March 19, 2013: After the acquisition of Reva, the well known electric car by Mahindra and Mahindra a launch of electric car with Mahindra badge was something which was always expected. Mahindra yesterday launched its new generation electric car Mahindra e20 powered by lithium-ion batteries. Priced at Rs.5.96 lakhs, post state subsidy (On road price, Delhi), e20 is powered by a three phase induction electric motor.

E20 has got some remarkable features and has got a driving range of 100 km per charge. It takes five hours for fully charging the batteries. The batteries can be charged at home from the normal plug points as well.

Mahindra e20, the twin door electric car is fully automatic and has got a smartphone application as which enables the car to be locked by simply sending a ‘lock’ command. The car’s air-conditioning system can also be activated by using this application. This electric car has got a 6.2 inch touch screen and has got Bluetooth connectivity, DVD, Radio and a GPS navigation system.

The company would be first launching e20 in Delhi where the subsidy is more and they plan to sell 400-500 cars every month. The car is being launched by Mahindra as part of their efforts redefining sustainable urbanisation. The company is planning to take this advanced technology to two wheelers as well and the customers can expect some major announcements from the company in the future.

Author - January 15, 2022
0
Settl, a co-living start-up, has declared its expansion to North India with four new facilities in Gurugram. It will provide 200 beds...