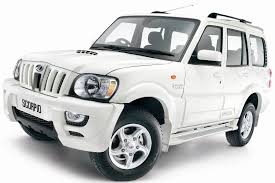 Sept 26, 2014: Mahindra & Mahindra, the largest selling utility vehicle manufacturer in India has announced the launch of the all new variant of its best selling vehicle, Scorpio. The ex-showroom pricing of its vehicle in Mumbai falls between Rs 7.98 lakh and Rs 11.46 lakh. The new Scorpio is built on a new generation platform featuring the ladder on frame architecture, but the new variant retains its off-road ability. Also, it tries to make the drive richer by providing a car like comfort to the commuters.

With this fourth generation Scorpio, Mahindra & Mahindra aims to take on the likes of other best selling models such as Ford EcoSport and Renault Duster. The manufacturer has invested a sum of Rs 150 crore and involved over 100 engineers for three to four years. Also, the firm has spent Rs 100 crore on the new platform to make more offerings in the future. One such offering is U301 and it will hit the retail market in 2015.

Since the launch of the original Scorpio in 2002, the model has proven highly successful and over 4,50,000 units have been sold across the country and 74,000 units across the global markets respectively. Mahindra & Mahindra is aiming to sell around 4,000 to 4,200 units per month. With the launch of the new Scorpio, the auto maker can raise its monthly sales volume further.

Mahindra & Mahindra claims that the new Scorpio will deliver a fuel efficiency of about 5 to 6 percent more as compared to its predecessors. Also, it will have the best-in-class turning radius and it features a new chassis, gearbox and transmission. Furthermore, the vehicle also comes with a softer suspension and re-tuned 2.2 litre Mhawk engine that can deliver a superior riding experience with great handling an driving dynamics. Apart from these notable enhancements, the new Scorpio also features new interior and exterior styling and first the class features as well.

Passionate In Marketing - October 22, 2020
0
Industries and Commerce Department of Telangana government initiates a partnership with GlobalLinker and signed a Memorandum of Understanding (MOU) with BSE (Bombay Stock...