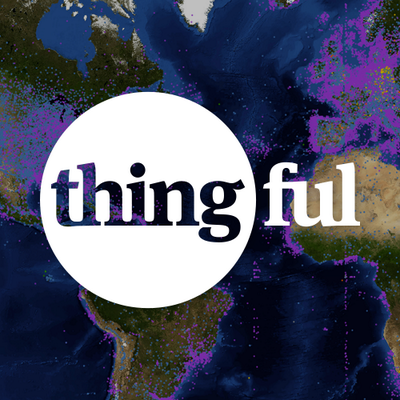 June 2, 2014: The Internet of Things revolution has begun and it has begun in a big way since the number of connected devices is expected to increase astronomically between 50 billion to 1 trillion devices. According to McKinsey Global Institute, the Internet of Things Revolution is expected to create an impact of anywhere between USD 2.7-6.2 trillion annually by 2025. Thingful.net founded by Usman Haque is looking forward to cash in on this revolution and is said to have the potential to become the next Google. This search engines is said to index the Internet of Things or connected devices that are provided with sensors and transmit data over a network.

Launched in December 2013, Thingful since then have been indexing the Internet of Things and according to its founder, it has indexed nearly 2,50,000 devices. Thingful collects data from small smart devices to advanced medical devices. Usman Haque the founder explains how it works like this. “If you are concerned about the air quality in your area, you could look up data from the sensors in your nearby air quality device using Thingful. Similarly, someone in an earthquake prone area can look up seismograph data from a nearby sensor.”

Haque, a Pakistani Architect based in UK has been consistently working on IOT and his first venture was the Pachube.com. This platform was acquired by LogMeIn in 2011 for USD 15 million.