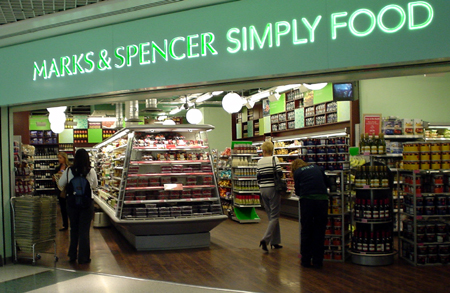 March 30, 2013: After the new FDI policy in single brand and multi brand retail in India was announced, there is a buzz of activity happening in the Indian Retailing Industry. Nearly 70 new proposals have been approved by Foreign Investment Promotion Board (FIPB) which includes the proposal of Swedish furniture retailer IKEA to operate cafes under single brand retail license. Government of India had raised the cap of FDI in single brand retail to 100 per cent in January last year.

The latest retailer having some aggressive plans for the Indian market is British retailer Marks & Spencer (M&S). M&S is planning to start food retailing in India and for this they are planning to move the FIPB seeking their permission. Presently M&S has a joint venture with Reliance Retail promoted by Mukesh Ambani and has got more than 28 stores. M&S stores presently sell clothing and home products in India.

M&S as part of its long term strategy of entering into food retail has already started booking larger store locations in new malls and they intend to sell only packaged goods like bakery, deli and salads. They are looking forward to sell those products that would be unique to their stores. The plans include keeping food retail business as part of its existing home and fashion products retailing in India though they operate as standalone food express stores in the UK.

Passionate In Marketing - November 21, 2020
0
Poonawalla Finance, a non-banking financial company, had united with the Institute of Company Secretaries of India (ICSI) to offer special credit support...