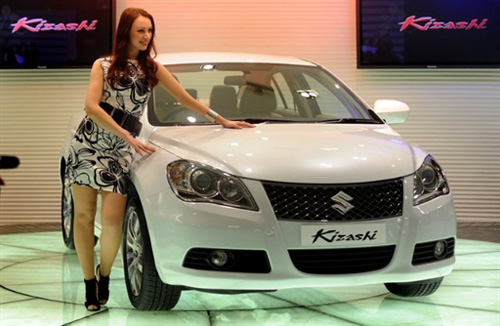 March 1, 2013: After the bad news of announcement of excise duty on SUV’s in Budget 2013 one another bad news which has stuck the industry is that the largest manufacturer of cars in India, Maruti Suzuki has reported a dip in February sales figures. The company reported a dip of 8 per cent on a year on year basis. On the other hand, sales of Renault cars have seen an increase of 10 times in February which will bring some cheers to the industry. Maruti sold 1,09,567 units (including exports) in February and Renault sold 7,723 units.

Maruti has witnessed a dip in sales in mainly two segments i.e. mini car and compact car which gives an indication of curtailed spending by people. In the mini car segment where Maruti has M800-Alto, Wagon R and A-Star, the company saw sales dropping by 15.9 per cent. The company sold 41,311 units in February compared to 49,104 units in February 2012. In the compact segment also Maruti suffered a dip of 13.9 per cent. Maruti has Swift, Estilo and Ritz in this segment.

Renault meanwhile saw an increase of 10 times in its sales when compared to February 2012. The company sold 6,723 units as compared to 673 units last year. The sale for Renault was mainly powered by the phenomenon success of its compact SUV, Renault Duster. Renault sold 5,590 units of Duster which speaks volumes of its success. The second most sold vehicle sold by Renault was Scala (620 units) followed by Pulse (420 units), Fluence (65 units) and Koleo (28 units).

By seeing the sales figures of both Renault and Maruti, it would be very interesting to see how the companies keep up their sales figures especially in the upper car segment and SUV segment since the government has announced an increase in excise duty by 3 per cent. The decline in sales of entry level cars is also an indicator that people are not willing to spend money on luxuries and they are postponing their decisions. It would be a real challenge in the days to come for car manufacturers since on one end diesel prices have also started increasing because of deregulation and the other hand they are forced to increase the price of the cars itself because of rising input costs.

Passionate In Marketing - August 1, 2020
0
The world started its count down of one more year to the biggest event in the field of Sports. Adidas has started...