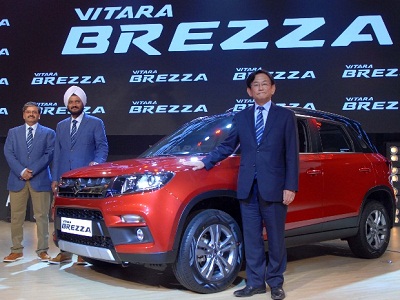 On Tuesday, Maruti Suzuki declared its entry into the entry level compact SUV market in the country along with the launch of its new vehicle Vitarra Brezza priced at Rs 7.35 lakh. The specialty of the Vitara Breeza is it is developed in the country and it will challenge models such as Mahindra TUV300, Ford EcoSport, Renault Duster, and Hyundai Creta. The Brezza’s top end model will be priced at Rs 10.14 lakh making it the second most affordable SUV in the market after the TUV300 from Mahindra.

The manufacturer Maruti announced the Brezza is launched only in the diesel variant for now. The vehicle features the same 1.3 litre engine that was used in Swift and Dzire that are bestsellers from the vendor. This engine is stated to provide a mileage of 24.3 kmpl. It has been revealed that based on the demand of the vehicle, a petrol version will be launched. The Creta, EcoSport, and Duster are selling in the sub Rs 10 lakh price bracket and they provide petrol engines.

The Managing Director of Maruti Suzuki, Kenichi Ayukawa stated that like the compact car segment in India, Maruti will aim for the leadership position in this new compact SUV segment. The Vitara Breeza marks the company’s entry into this segment. Undoubtedly, it wants to be dominator in the segment.

The Ford EcoSport has the most powerful engine in this class and it is the longest one to exist in the segment. The Vitara Breeza will be sold via the traditional Maruti Suzuki showrooms only and not via Nexa.

The vehicle has three trims and seven variants. It has features such as climate control, in-built navigation, automatic headlamps, infotainment system, reverse perking camera, rain sensing wipers and push button start. All the models have the driver side airbag. It is also the first vehicle to be certified for both side and offset impact crash tests that will be enforced in the country in 2017. 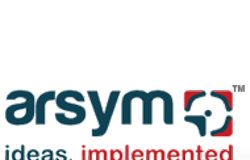 Passionate In Marketing - December 18, 2012
0
Marketing is an area with fierce competition which may leave the internal departments in distress. This in turn will affect the efficiency of the...

Honda to launch new generation CR-V in India on February 12,...

Why Companies are not engaging in Online Content Marketing?

Coke to Launch Fruit Juice Based Aerated Drink Next Summer

Consumer companies optimistic on rural growth due to better monsoon

What to Expect from iPhone 6 Launching in September?