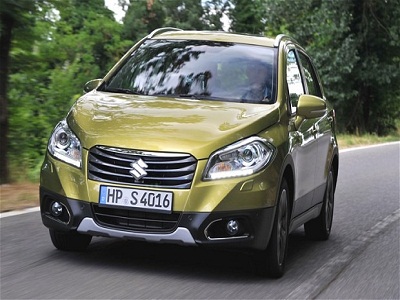 India’s leading automobile manufacturer, Maruti Suzuki has launched the new S-Cross crossover vehicle in the country. The S-Cross crossover has been launched in all-diesel variants and it is priced in the range between Rs 8.34 lakh and Rs 13.74 lakh without the local tax and insurance in New Delhi.

This is another step taken by the incredible manufacturer in the premium market segment where the performance of the vendor has been miserable in comparison to its enormous success in the mass-car market segment.The manufacturer had spent around Rs 600 crore on the development of the new offering and the vehicle will be available for sale via the recently introduced exclusive NEXA outlets.

So far, Maruti has received around 6,000 confirmed pre-bookings for the S-Cross crossover and around 35,000 inquiries regarding the crossover. The vehicle has been launched in two engine variants. One features a 1.3 litre DDiS 200 engine that is priced between Rs 8.34 lakh and Rs 10.75 lakh. The other model is a high-power variant with a 1.6 litre DDiS 320 engine that carries a price tag that lies between Rs 11.90 lakh and Rs 13.74 lakh in the national capital.

Regarding the S-Cross’ launch, Kenichi Ayukawa, the CEO of Maruti stated that they are targeting the premium market segment for the very first time as 45 percent of the passenger vehicle market share. This leaves them compete for the other 55 percent of the market share that is not with them.

He further stated that the manufacturer is looking for a new range of vehicles that will be launched in the premium market segment. It is believed that this will enhance the offering for the customers letting them choose different cars from Maruti’s portfolio.

The manufacturer has failed in the past to make an impact in the premium market segment. For instance, Maruti withdrew the premium sedan Kizashi from the market as the vehicle did not perform well in terms of sales.

Passionate In Marketing - January 19, 2016
0
Last month, Indulekha, the personal care brand of Mosons Group of Kerala was sold to Hindustan Unilever. Now, the company is all set to...

Buy Samsung Galaxy S6, Galaxy Note 5 for Re 1 only

Amazon.com to launch some kind of smartphone or device on June...

Paint Industry in India aims to double output in next four...

Bajaj Auto to launch RE60, the first quadricycle of India