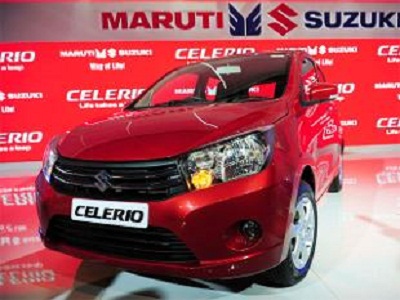 Maruti Suzuki is all geared up to launch the most fuel efficient and smallest diesel engine of 800 cc capacity in the next two months alongside its compact car Celerio in India. The Celerio is a mini commercial vehicle that is soon to be launched in the country.

The engine has been developed indigenously by Suzuki, the parent firm of Maruti and it has been in the working for many years. As of now, Maruti’s diesel cars come with a 1,300 cc engine that is made under the license of Fiat based inItaly. The diesel engines are sources from Fiat and Tata’s joint venture for manufacturing inIndia.

As per sources, the new diesel engine from Suzuki will be the smallest one in the category and it will be highly fuel efficient. The vehicle can render an output of around 30 km for a litre. This will definitely make the Celerio the most attractive one in the country flooded with price conscious consumers seeking compact cars.

Moreover, Kenichi Ayukawa, Managing Director and CEO of Maruti Suzuki has confirmed the development of the most compact car engine. He claimed that it will work on their cars soon. He has not assured about 30 km per litre of fuel efficiency, but he claimed that it will be close to the figure.

Maruti launched the Celerio in February 2014 and it the vehicle made a sales of 5,000 units per month. Maruti has its prime focus on the automatic market with this vehicle and the model accounts for about 40 percent of the sales per month. The firm has priced the petrol variant between Rs 3.9 lakh and Rs 4.96 lakh as per the ex-showroom pricing ofDelhi.

Not many cars in the country arrive with small diesel engines expect the 1000 cc engine in the Beat from General Motors that can render a fuel efficiency of 25 km per litre. Hence, Maruti is in hopes that the Celerio diesel will be a deal breaker in the small diesel car market segment.

Jebin Jose - April 17, 2021
0
Bharti Airtel has adopted the Jio model by announcing a new corporate structure under which Airtel Digital will be integrated into the...