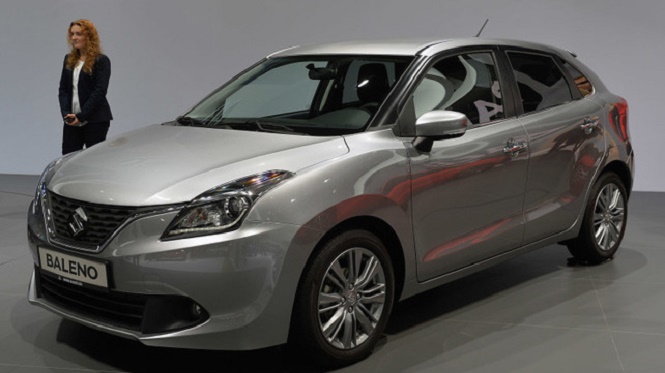 Maruti is aggressively planning to capture a majority of the premium hatchback market segment. The India based automobile manufacturer launched its hatchback model, the Baleno in India on Monday. The Baleno was launched for a price of Rs 4.99 lakh onwards for the petrol variant, and the high-end variant of the diesel model is priced at Rs 8.11 lakh.

The Baleno hatchback will compete with the models including Volkswagen Polo, Hyundai Elite i20 and Honda Jazz. Prior to its launch, the NEXA dealerships Maruti has had already received the display and demo units. There are different trim of Delta, Sigma, Alpha and Zeta. The Delta variant is available along with CVT gearbox. The variants of Baleno will arrive with EBD, ABS and dual front airbags as the standard features.

The highlight is that the Baleno arrives with the Apple CarPlay, which is an initiative that is taken in the car entertainment system. The first Indian OEM to bring Apple CarPlay in the country. This model arrives with several features such as multi-information speedometer as well as UV reduction glasses.

Besides the Indian market, 100 other markets across the world will receive the Baleno. In some export markets, the hatchback model will be sold with a new Boosterjet turbo-charged engine running on petrol.

As per the industry experts, around 5 to 5.3 lakh units of compact cars are sold as per every year. Epically, in the months between April and September, the sales of hatchbacks as rolled by the current fiscal.

Passionate In Marketing - January 4, 2015
0
In 2014, the Chinese mobile handset manufacturer Xiaomi marked several highs after its entry into the Indian market as it became the most discussed...

Asus to bring Google Nexus 7 tablets in India in next...