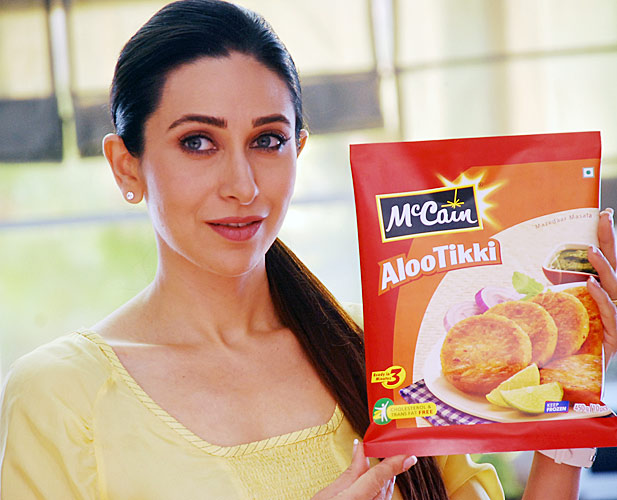 Dec 30, 2012: McCain Foods India launched its first ever TV campaign in India with Karisma Kapoor endorsing the brand. The TV campaign which went on air from 22December will be shown in Hindi and English as well and it will be shown on Kids channel, lifestyle channels and English and Hindi GECs. The advertisement shows Karisma Kapoor trusting on McCain when a doorbell rings and she gets worried to figure out who would be at the door and what to give them. McCain promises a meal for everybody in three minutes ‘jhatse’. The Pan India campaign designed by Leo Burnett will be aired for five weeks and it will be supported by print, radio, outdoor and online medium.