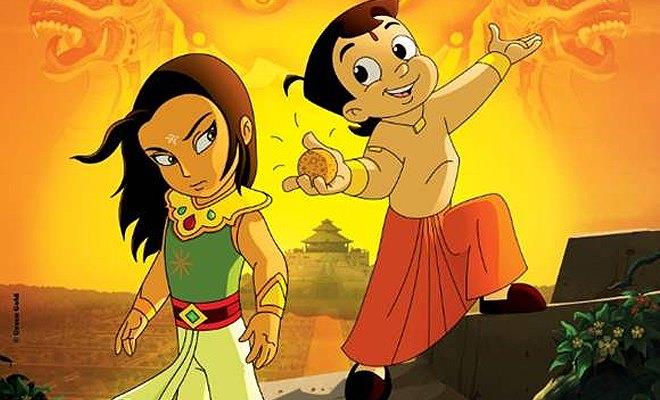 May 8, 2013: McDonald’s which off late has been trying to strengthen its desi image has roped in India’s top animated TV series character Chhota Bheem to give an additional philip to its business. Chhota Bheem in a very short period of time has become one of the most successful local cartoon brands with a viewership of 40 million people. McDonald’s will be using this popular character to sell various items through its outlets.

The largest food chain in the world would be selling exclusive Chhota Bheem goodies, Chhota Bheem cushion, a scribbler kit etc. A goodie bag containing pencil, eraser, ruler and sharpener featuring Chhota Bheem will also be available for sale. Speaking about the association of McDonald’s with Chhota Bheem, Ruchin Khanduja, GM-Marketing, McDonald’s India (North and East) said, “It was conceptualised in India, produced by Indians for the Indian children. It’s these set of values of the character that motivated us to partner and sell the Chhota Bheem goodies at McDonald’s.”

This is not the first time McDonald’s had tried to use animation character for marketing. They have done this during the launch of the movie Ra One as well, when McDonald’s launched Happy Meals containing G.One a miniature robot from the character in the movie played by Shahrukh Khan.

McDonald’s recently have been trying hard to project a very desi image and some of the initiatives of the fast food chain in this regard include launching of vegetarian breakfast menu for Indian customers. They have also launched vegetarian burgers like McVeggie, McAloo Tikki etc. which some of the world’s first in India in an effort to project localise image and a desi brand. It has been reports that McDonald’s is going to start a total vegetarian restaurant near Vaishno Devi temple in Jammu and one near Golden Temple in Amritsar.

Passionate In Marketing - August 14, 2020
0
The Anywhere School with over 50 new features As a huge number of students explore learning and education from home, considering...