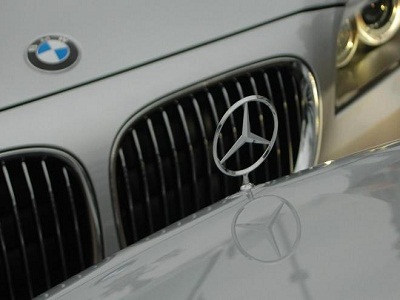 Germany based luxury car manufacturers and arch rivals, BMW and Mercedes-Benz have occupied different positions on their strategies framed for the Indian automobile market.

Mercedes-Benz is aggressively pushing the sales of its latest compact cars such as CLA, GLA, A-Class and B-Class models. This has helped the firm based inStuttgartto constrict the gap between itself and Audi, the leader of the luxury car market inIndia.

BMW, theMunichbased rival of Mercedes-Benz has lowered its focus on the entry level brands such as X1 SUV and 1 Series hatchback. The car maker is shifting its focus on the top-notch products such as i8 hybrid that was launched this week for Rs 2.29 crore and M models including sports cars and others. BMW gained traction in the Indian market with three years back with the launch if the 1 Series and X1 models. These models helped the firm reach the top position in terms of sales volume in the country. Notably, the firm has dropped to the third position in the last year.

In the Indian market’s the entry level luxury segment, cars that are priced in the range between Rs 25 lakh and Rs 45 lakh occupy 20 percent to 25 percent of the sales of Mercedes-Benz. This is low in comparison to that of BMW with only 5 percent to 10 percent of sales in this segment. BMW is in plans to hit the top of the luxury and premium car segment’s pyramid by shifting its focus to the cars priced between Rs 50 lakh and Rs 2 crore. Mercedes-Benz already has half of this segment in control with the SUVs, S-Class and AMG models.

AS per Philipp von Sahr, President and Managing Director of BMW India, the firm is focusing on the profitable growth that is possible inIndiaand not the volumes. He added that there is no pressure to increase the volume, but they want the firm to grow in a profitable and sustainable manner. It is further claimed that the firm is planning to launch 15 cars this year. While we know that the i8 is the first one, the upcoming lineup is likely to include more sports and premium cars.