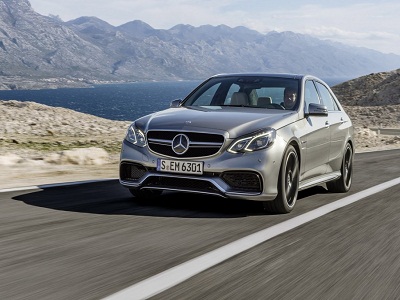 During recent years a lot of traction is being seen in the pre owned car segment and to capitalise on this Mercedes Benz has also decided to join the bandwagon. Due to the immense potential in this segment, the German luxury car maker Mercedes-Benz has announced that it will be coming up with an all new brand this month especially for pre-owned cars.

The Indian customers are demanding quality products when it comes to the pre-owned car segment. With this increasing trend, Mercedes-Benz claims that the luxury car maker can witness a phenomenal growth in the segment and is aimed to make this its next growth story in the luxury car business.

Regarding this,Mercedes-BenzIndia, MD & CEO Eberhard Kern stated that the growth rate of pre-owned cars inIndiais exceptional and that the car maker has gained 45 percent growth in this business in the current year. He claimed that the pre-owned car segment is getting organized in the country and that the firm would be announcing a brand for the same within two weeks to take the next giant leap in the pre-owned car business.

He added that the pre-owned car business inIndiais growing faster inIndia, but the trading ratio is pretty low when compared to the global markets. However, customers are demanding quality products in the pre-owned segment and it will be major one in the luxury car segment of the country.

Kern added that Mercedes-Benz will be doing the pre-owned car business with its existing dealers and it will provide effective trading price to the customers. It is highly focused on both the metro and non-metro cities and in rendering an increase in the product portfolio alongside latest technology. The executive also noted that the car maker is concentrating its efforts for the tier II and tier III cities and it considers the same as an important sector.

Notably, Mercedes-Benz is getting 55 percent of total volume from the non-metro cities and 75 percent from leasing and financing. As the firm believes in the future of the Indian market, they are planning to sell over 10,000 units this year for the first time. Till September, Mercedes-Benz managed to sell 7,529 units.

As of now, the E-Class is the best selling model for the German based car maker inIndia. In addition, the M-Class SUV has also witnessed 100 percent growth. The vendor has 68 dealerships spread across 37 cities in India.