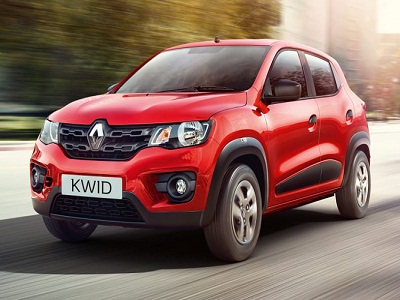 The SUVs in the country are shrinking significantly. The compact SUVs and the crossovers made waves in the fiscal year 2014-15. The craze of the micro SUVs that will be launched next year will woo the entry-level buyers seeking vehicles in the Rs 3 lakh to Rs 6 lakh price range.

The newly launched compact car Renault Kwid garnered the attention with its SUV like design. Following the same, the next year will see the launch of more such micro SUVs including XUV100 from Mahindra & Mahindra, Ignis from Maruti Suzuki and Redi GO from Datsun. These are expected to be launched by 2016’s festive season.

With another Rs 2 lakh crore, the compact crossover list will comprise of sub 4 meter SUV from Maruti Suzuki based on XA Alpha concept car, Mahindra’s Quanto (upgraded) and Nexon from Tata Motors. These are expected to be priced between Rs 7 lakh and Rs 8 lakh.

The SUV is a high powered vehicle that is designed for the off-road use. In India, this category has come a long way. The crossover styled or entry SUV category is unique to the country and a few other markets. It is the extension of the buyers’ liking for novelty that has led to the sub-segments in the past decade. The hatchbacks and compact cars are derivatives of such segments.

Apart from this, the government is offering an incentive to make the smaller cars within 4 meters as these have only half the excise duty than the bigger vehicles. These sedans are making their way into the global markets with India being their major export hub.

Notably, the sales of the compact cars that are priced below Rs 8 lakh fell by a million for seven months that ended October since the debut of this fiscal year. On the other hand, 3 lakh vehicles in the sub Rs 5 lakh price bracket were sold in the same period.

Passionate In Marketing - January 19, 2016
0
Last month, Indulekha, the personal care brand of Mosons Group of Kerala was sold to Hindustan Unilever. Now, the company is all set to...

Micromax Yureka with 64 Bit Computing Launched in India for Rs...