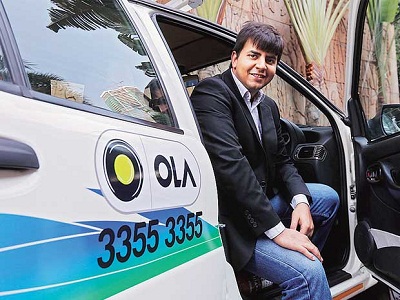 Ola and Uber, the two taxi hailing apps have tried to win the Indian market with their cash. Now, they are trying to capture the imagination of the customers via a war of words. The homegrown platform Ola stated that its new category Micro will be larger than Uber in the country in a month. This has come as a counter to Uber’s claim that it is nearing Ola and it will overtake the rival by the end of this month in India.

Raghuvesh Sarup, the CMO and Head of Categories, Ola stated that in just three weeks, the Ola Micro is 50 percent of the daily bookings of Uber in the country. At the growth rate of the Ola Micro, the category will be larger than the entire Uber brand in a month.

Bengaluru base Micro that is a compact car service is operating at a lower fare than the auto-rickshaws to tap into the price sensitive market and lure the customers. Sarup added that Micro took just three weeks to achieve the same number of rides that Ola achieved in three years.

Eric Alexander, the President of Asia Business, Uber stated that the company is about to surpass Ola in the country. In January 2015, they were at 5 percent market share and now they are at almost 50 percent. In the next 30 days, they would beat Ola, he added.

Ola states that it holds 75 percent of the app based taxi hailing market in India with more than 350,000 driver partners across the country. In the last year, the company achieved a 10-fold growth in the total number of rides on a daily basis.

Lately, Ola shut the experiments with hyper local food as well as grocery delivery to focus on the core business that is taxi hailing as the gap between itself and the rival
Uber is narrowing. It also introduced new categories including Prime, Micro, shuttle bus service, carpooling, and bike taxis.

Pester Purchase – Is it ethical?

Passionate In Marketing - June 20, 2012
0
A couple of days ago I came across an ad in about a mobile hardware provider featuring an upcoming tablet. Now it is safe...

The South African Marketing Research Industry trend in 2013 and beyond

Nissan hints on full sized SUV based on the Nissan Navara...

OMC lights up rural UP with solar bulbs