Microfinance companies have committed to open at least 30 million bank accounts within a year through tie-ups with various banks as part of the government’s financial inclusion plan. The commitment was made at the meeting of the representatives of 25 large microfinance companies. The meeting included many banks, government representatives and Mr. G.S. Sandhu, the financial services secretary.

Sadaf Sayeed Chief Operating Officer at Muthoot Mahila Mitra, a microfinance company of Muthoot Fincorp Ltd, who was present at the meeting said that the target to open 30 million accounts is only an initial estimate. He emphasized the fact that about 80% of their borrowers does not have a bank account but all of them have a credit bureau record which helps them in opening a new bank account.. The government intends to use these accounts for direct cash transfers and link them to Aadhaar for e KYC (electronic know-your-customer rules).

The government’s financial inclusion plan provides universal access to banking facilities with a basic bank account with an overdraft facility of Rs.5, 000 and a RuPay-enabled debit and ATM card with an accident insurance cover of Rs.1 lakh. RuPay is a debit card payment network launched by the government in 2012.It also allows microfinance companies to access the banking infrastructure which will help them to speed up their financial inclusion drive. By using   the banks’ technology platform the microfinance companies can make all the hence, transactions which they did by cash so far through banks.

According to 2011 Census, 59% of the 246.7 million households across India have access to banking services among which 167.8 million users belong to rural households and 67% of the 78.9 million people are urban households. Based on this information the plan mainly covers three aspects in its first year, they are – opening new accounts, maximizing reach among people and spreading financial literacy

Once this mission has been launched its progress will be reviewed quarterly by the finance minister, rural development minister and the minister for communication and information technology. In addition to this the financial services secretary has to check the mission’s progress within the bankers every month. 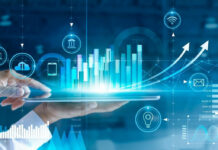