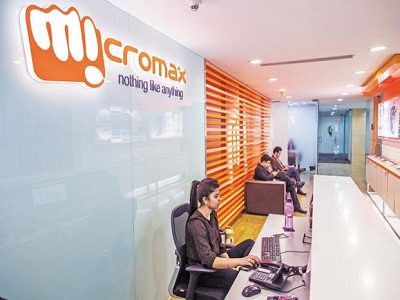 The second largest handset manufacturer in India, Micromax will become a full-fledged company in the consumer electronics segment in a couple of years. We say this as the company is entering the air-conditioner segment besides lining up some washing machine and refrigerator launches.

Micromax is expecting the consumer electronics business to give around 25 percent of revenue by 2017 while it is still struggling to become a Rs 15,000 crore company. Rajesh Agarwal, the co-founder of Micromax Infomatics stated that they will still remain as an MNC challenger.

He added that they have proven to be an MNC fighter in the smartphone market for almost eight years with their technology and innovation. They will continue the same strategy even for the white goods, he stated.

He further stated that they will maintain disruptive pricing even in the consumer electronics segment with the product offerings as well as technology. Right now, televisions contribute to around 10 percent of the company’s revenue.

The consumer goods market segment is dominated by LG and other brands including Samsung, Whirlpool, Panasonic, Voltas, Godrej, and Videocon are involved in the fight. After television, the air-conditioner market is the dominator and there are over 40 Indian brands in the space.

For now, Micromax will limit the sales of air-conditioners to the north with just four models in its portfolio as the peak summer season is almost over. Micromax will bet bigger in the consumer electronics categories such as televisions, refrigerators, air-conditioners, and washing machines that will make up for over 90 percent of the market that is worth Rs 45,000.

He further added that the company will manufacture these products at its own manufacturing facility. Right now, they are getting the air-conditioners made at their facility in Uttarakhand that also makes TVs.

Agarwal added that they are in talks with the state governments that are offering them incentives to establish a plant for the consumer goods.

Passionate In Marketing - August 14, 2020
0
Realme is one of the best brands in the new era. The company was introduced by Sky Li in the year of...