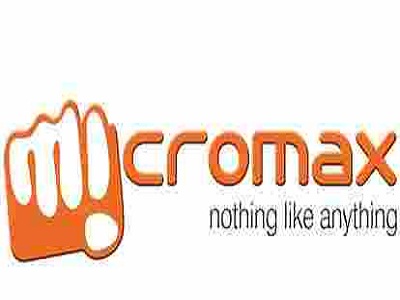 Micromax, the seven year old India based mobile phone manufacturer has surpassed Rs 10,000 crore of annual revenue in the fiscal year that ended March 2015. The company is within the striking distance of Sony in India. This is a great achievement for the company given that Sony is one of the largest consumer electronics brand in the world.

Micromax Informatics increased its sales by a whopping 47 percent in the fiscal year 2014-15 to Rs 10,450 crore. Sony’s Indian unit increased its business by 10 percent with revenue of Rs 11,010 crore. These details were revealed by the annual return filed with the RoC (Registrar of Companies). A couple of years back, Micromax was less than half of Sony when it comes to the turnover.

The industry spectators feel Micromax can edge Sony this fiscal year with the support of 4G and online smartphone business. Sony is restructuring its smartphone business with the sub Rs 10,000 priced smartphones that can impact its growth. The lack of the sporting event that catalyses the television sales might impact Sony further this year.

Though Micromax has not shared its growth projections, Vineet Taneja, the CEO of the company stated that growth drivers in the last fiscal were smartphones as well LED televisions. He stated that the same will continue this year as well.

During the second half, the smartphones growth was driven by the 4G models and this accounted to 30 percent of the portfolio with 20 models. The same will be further strengthened, he added. They also have a 10 percent share in the LED TV business, which is expected to grow.

As per Sony India, the growth was affected due to the global exit from its Vaio lineup of laptop business. Without this laptop lineup, the growth rate was 22 percent. The sales growth is expected to drop due to the lack of major sporting events as in the last year that drives the TV sales, stated Satish Padmanabhan, Sony India’s sales head.

As per Counterpoint Research, Micromax increased its sales from online. In the $50 to $100 priced smartphone segment, the company is facing pressure from Lava, Intex and others. Otherwise, the Yu brand is the best selling model when compared to the Xiaomi lineup.

Passionate In Marketing - July 9, 2014
0
July 9, 2014: It’s the time for wearable gadgets to take centre stage. As biggies like Samsung and Apple gear up to launch their...

Case in Product & Brand Management: Launch of Cafe Cuba by...

Get the Analytics right for Right Marketing

Samsung to Launch Tizen Based Smartphone in India Soon