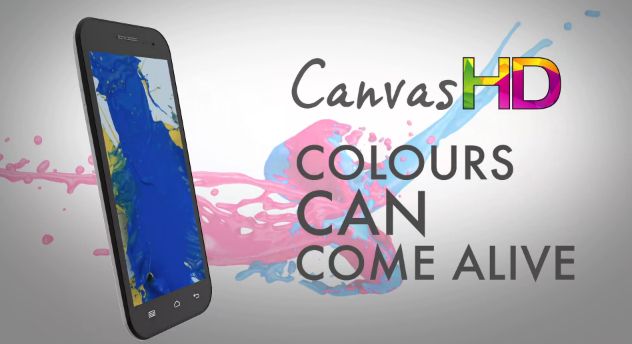 April 28, 2013: Micromax one of the late entrants in the Indian mobile handset market which started of its operations by launching economical handsets to price conscious Indian consumers in a record time has become one of the leading handset manufacturers in India. The company which entered into the smart phones market with its Canvas range of mobile phones has announced that it has sold over a million units of Canvas Smart phones since its launch. This landmark figure was achieved in a very short period of time considering the fact that its Apple, Samsung and Nokia which dominate the smart phone category.

Micromax has been able to deliver functionality and style with Canvas Smart Phones which has made it extremely popular among the Indian youth who are extremely choosy when it comes to buying smart phones. Micromax Canvas Smart Phones have been successful because of its hardware, performance and best of features and all this at a very affordable price. Micromax has been able to achieve these sales figures by selling the smart phones through both online and traditional medium both in metros and as well as smaller towns of India. This is testimony to the fact that the Canvas Smart Phone has been well accepted by the market.

The company has been witnessing a upward surge in the demand for Canvas range of phones and is looking forward to strengthen its leadership in the smart phone segment in the coming months. What remains to be seen is the move from its competitors like Samsung which has already launch promotion offers for its Galaxy range of smart phones and even players like Karbonn have also added spice to the competition with new launches.

Author - November 30, 2021
0
Kumar Mangalam Birla, the owner of Aditya Birla Group shared his biggest regrets in his life. The group could not get control...