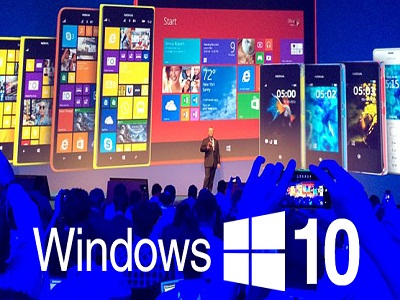 The software giant Microsoft has to convince two groups to stay relevant in the highly competitive Indian as well as global smartphone arenas, claim the analysts. One of that the company needs to convince the developers to create applications for the Windows operating system. The second is that the vendors have to be supported to launch Windows based smartphones at varying price points. So in other words, Microsoft new handsets is the need of the hour in India

The question regarding Microsoft’s relevance in the smartphone market segment comes after the firm announced 7,800 layoffs in its smartphone business in the last week. Besides this, Microsoft made a write-down of $7.6 billion related to the acquisition of Nokia’s device business in 2014.

Microsoft India stated that there will be a minimal impact on the job cuts announcement among the 6,500 local employees. The analysts claim that business wise, the Redmond headquartered software giant faces an uphill task.

Microsoft should have a fresh portfolio of devices in the rapidly growing Indian smartphone market. The main reason for this is that the rivals such as Motorola and Xiaomi among other brands including the homegrown ones such as Micromax have made it big despite being relatively later market entrants. The role of the upcoming Windows 10 based devices will make it more critical, claim the analysts.

The self-interest that is possessed by the developers for making the Windows applications is not anywhere close to that of the Android or iOS developers, stated Anshul Gupta, Gartner’s Research Director. He further stated that the install base is small at a global level, and the same remained a big challenge for Micromax till date.

Usually, Windows OS is ranked in the third position with a market share of 2.7 percent that fades in comparison to the 78 percent Android market segment and 18.3 percent if Apple market share respectively, claims IDC for the first quarter of the year. The Gartner report ranks the software giant at the third position in the globe in terms of overall phone selling,

Microsoft ranks at the fifth position in India with a market share of 4.4 percent with its smartphones. This way, Microsoft falls behind Samsung the leader and Micromax that occupies the second position. However, the Windows OS ranks number five with a 4.4 percent market share by smartphone volumes and trails behind Samsung and Micromax occupying the first and second positions in the market of Android device segments.

The analysts claim that the Indian handset manufacturers are not convinced with the overall Windows ecosystem and this has led to the promotion the year’s yesteryear contract. There is evidence for the same as the Indian manufacturers are launching very few models based on mobile.

The other point is that the Android phones are available with 4G LTE connectivity and other major attractions, whereas the Windows phones are facing relatively lesser customer preference.

Passionate In Marketing - August 8, 2020
0
Season 2 of this successful campaign “Thinkistan” has been successfully floated recently under the promotion tag #Ideachor, promoting the campaign in the most unique...