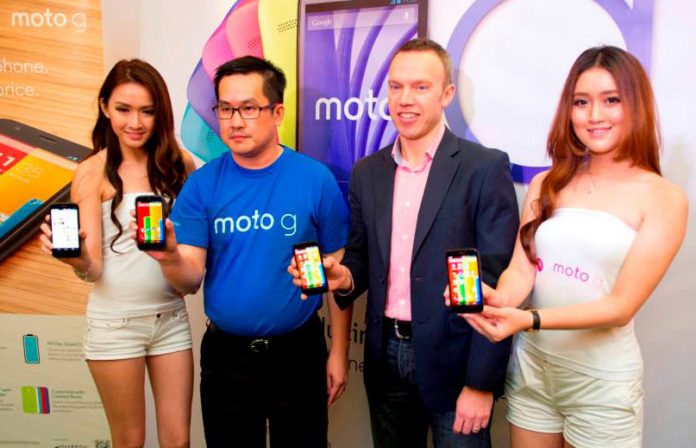 August 2, 2014: Motorola which shipped 955,650 smartphones in the quarter ended June has become the fourth largest smartphone seller in the country overtaking Nokia. The statistics released by handset sales tracker Canalys reveals that Nokia has sold 633,720 smartphones in the same period. After the first half of the year, the total sales of Motorola stands at 1.33 million smartphones compared to 1.21 million.  Motorola India head Amit Boni  was quoted as saying to ET, “Motorola continues to see tremendous momentum in India. We’re delighted that our phones are receiving an overwhelmingly positive response from Indian consumers.”

The Indian smartphone market has grown tremendously over the years and has been attracting new players like Xiaomi and Celkon. Xiaomi which has been doing robust sales in India through Flipkart has become the top handset seller in China over throwing Samsung and Lenovo. The company would be looking to repeat its feat in India as well. Jolla is also planning to launch its range of smartphones in Indian market. The smartphone market in India recorded a growth of 9 per cent over the preceding year. The success of Motorola which re-entered India has been attributed to the success of MotoG. Motorola had launched MotoX and Moto E in the India market after re-entering in 2013. It had exited the Indian market in 2012.

However the company which was recently bought by Lenovo for USD2.9 billion is still behind Samsung, Micromax and Karbonn which together shipped over 8.2 million devices in the quarter ending June. Samsung occupies the numero uno position in India by selling 4.4 million smartphones in the second quarter, followed by Micromax with almost 3.1 million and Karbonn in the third position with 1.07 million smartphones. If we look at the  total sales for the first half of 2014, Samsung, Micromax and Karbonn had shipped over 8.5 million, 5.8 million and 2.3 million handsets, respectively.

Passionate In Marketing - June 15, 2016
0
The IPL (Indian Premier League) has collected about Rs 2,500 crore overall revenue in the most recent ninth season. The revenue witnessed a double...

Designers tie up with E-commerce companies to take business online

What to Expect from iPhone 6 Launching in September?

Uber digital wallet to be launched in India for rides

Dream Yuga from Honda – is it really a ‘dream’ bike?