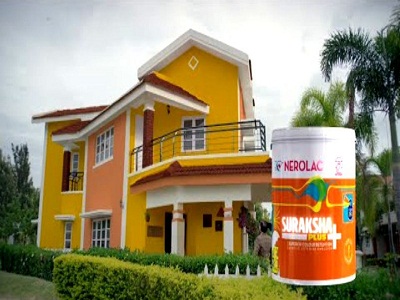 Kansai Nerolac has come up with an all new campaign for the product Nerolac Suraksha. The advertising company Publicis has conceptualized this campaign. This ad film shows a postman judging a person simply by the outward look of their house. The postman is delivering letters to a couple of houses. In of the houses, the postman behaves the most respectful to the owner while delivering the mail as it scores on the looks front. On the other hand, the owner of the next house is an elderly man, who is a doctor. He is given an all new treatment by the postman has he chooses to address the elderly person as Ghanshu, (a short form of Dr. Ghanshyam Das). He also throws the letter to him in the garden of his house.

This attitude of the postman angers the doctor. He tries from scrubbing the nameplate till it looks new, puts up a larger nameplate and also wears a stethoscope to water the plants to get respect from the postman. But, this goes in vain as the postman does not show any difference in the way he behaves.

Dr Ghanshyam is later informed that he spent his life in earning respect via degrees. But, he has lost all this due to the lack of a well painted house. This suggests that the doctor applies Nerolac Suraksha Plus in order to show how it protects his house from the damages caused by sun and rain. This ad film ends with a message that reads, “Ghar ki suraksha yaani izzat ki suraksha” and this translates to “protecting the house, protecting respect” in English.

Usually, the homes and their painting requirements are not well noticed by the common people. This ad will definitely show them how painting their houses is important to retain their self-respect.

Passionate In Marketing - August 4, 2020
0
McDowell's McDowell's No.1is a well-known brand known for its spirits and sodas. It was introduced during the year 1963 in India...