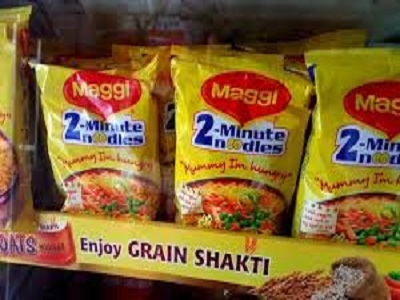 After four months of facing its worst credibility crisis, Nestle, the world’s largest food company has stated boosting its spending on the television commercials. The company is setting the ground to relaunch its instant noodle brand Maggi in India. The percentage of Nestle India’s growth of ad volume also known as the secondages of advertising on the television in September vis a vis August was 96 percent. This was revealed by the advertising data estimates that are sourced from different media agencies.

Maggi is now clearing the mandated tests by the Bombay High Court that also lifted the country-wide ban on the brand in August. Eventually, Nestle is believed to get into aggressive advertising in order to retain the lost ground of Maggi in the retail shelves as well as consumer shopping lists.

The media sources have also confirmed that the company will launch all new TV commercials for the Maggi brand. These will be created by the advertising company McCann World Group. The advertising volume of Nestle has decreased on a monthly basis since May as the Maggi controversy started due to allegations related to excess lead content. Due to these allegations, the FSSAI (Food Safety and Standards Authority of India) banned Maggi in June.

Maggi’s relaunch campaign started on Monday with a traditional print advertisement. The ad states Maggi is safe as it has always been. Last month, Nestle released a new corporate campaign in order to coincide with the century old existence in India. To avoid controversy, Maggi noodles brand was not involved in it and it mentioned only brands such as KitKat and Nescafe.

It is claimed by the brand consultant Harish Bijoor that Nestle is preparing for a Maggi noodles comeback. It is has the existing contracts with the broadcasters that will soon be fulfilled.

Passionate In Marketing - September 18, 2020
0
The COVID pandemic has made all of us to maintain social distancing and give more importance for health and hygiene. In this current market,...