Sept 4, 2012: The world’s second largest restaurant  chain McDonald’s will open its first ever vegetarian outlet next year  at the foothills of the Vaishno Devi shrine at Jammu and Kashmir. The company also plans to open yet another vegetarian outlet near the Golden temple in Amritsar. According to the company sources, they see a huge potential for vegetarian outlets as it is veg products that account for half of their sales.

However, McDonald’s is not the first restaurant chain to hit the vegetarian market in India.  Subway and Pizza too had hit the market  of vegetarians earlier. Subway which already runs two veg-outlets plans to open four more by the end of this year. 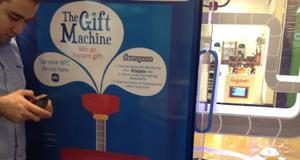 Passionate In Marketing - September 1, 2012
0
Do you have a smartphone device? If yes, then open Foursquare, the popular location based social networking app or Near Field Communication (NFC) mobile...

Online retail giant eBay to focus on fashion and lifestyle

Toyota Launches New Variants of Innova and Fortuner in India

Xiaomi Mi3 smartphone sold out in five seconds on Flipkart

Indian Luxury Brands Eye the Global Markets such as US and...