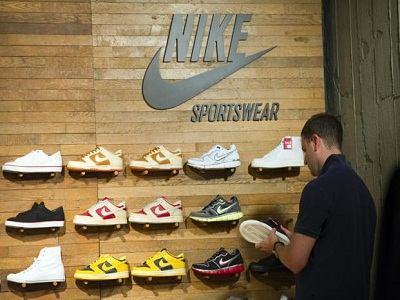 August 9, 2014: Nike, one of the popular sportswear brands has filed an application with the regulators in India seeking approval to open its own stores, claims a government notification. According to the notification on the Department of Industrial Production and Promotion (DIPP) website dated August 29, Nike has applied for 100% foreign direct investment (FDI) in single brand retail after couple of years since the government allows the same.

The application has been made by Nike in order retail its products such as apparel, equipments, footwear and related accessories in the country, added the notification from the government website.

Back in January 2012, the previous UPA government allowed 100% FDI in single brand retail and 51% FDI in multi brand retail. Following the same, numerous single brand retailers such as clothing brand Hennes and Mauritz (H&M), furniture makerIkeaABand others had filed applications in order to enter the Indian market.

However, a Nike spokesperson has claimed that the brand welcomes the decision of the government on foreign direct investment in single brand retail. Currently, the sportswear brand operates its business inIndiavia local distributors and retail partners. It was also claimed that this model is functioning pretty well and the brand might consider opening Nike owned stores in future.

Nike directly competes with the other such brands including Puma and Adidas that have already opened their own stores in the country via franchisees. If the application of Nike to open its own stores is approved by the Indian government, the brand can definitely gain more control over its business in the country.

Nike has reported a sales figure of Rs 385.48 crore for the ten months that ended with March 2013 and the heavy spending on marketing has rendered a loss of Rs 83.24 crore, claim the documents filed with the registrar of companies.

Passionate In Marketing - September 19, 2020
0
Toyota Kirloskar Motor Pvt Ltd,  is a subsidiary of Toyota Motor Corporation of with Kirloskar group, for the manufacture and selling of Toyota cars...