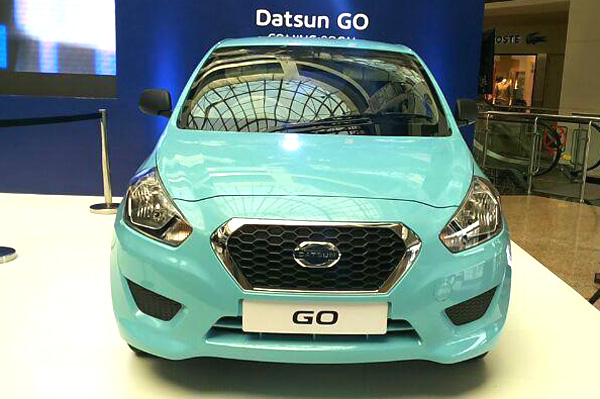 July 5, 2014: Japanese Automaker Nissan which recently launched the Datsun brand in India plans to build an independent dealer network for the same. Though Nissan launched a hatchback Go under the revived brand Datsun it has brought in limited success for the company. Now as the company plans to launch a multipurpose vehicle called Go+ under the Datsun badge, the company is rethinking about its distribution strategy.

Datsun Go after its launch has been generating a average sales of 2000-2500 units a month but the going has not been smooth for the company as its launch coincided with the break up of Nissan with Hover Automotive. Hover Automotive was earlier appointed as the master franchise that handled its marketing.

Recently Andy Palmer, Chief Planning Office at Nissan Motor speaking on the sidelines of the new Sunny launch was quoted as saying, “Product attribute wise it is well appreciated. The only reason for the lower-than-expected number is the distribution.” He added that “Earlier at the time of launch, we had expected coverage of 90% of the market, but we are nowhere near that. We are putting in place our marketing team and dealership network. We are confident of Datsun’s future here.”

As Nissan expects a potential of selling at least 4,000-5,000 cars a month, the company plans to have 200 dealerships by the end of this fiscal year. Nissan apart from going for an exclusive dealership for Datsun is also planning to launch an entry level car internally codenamed i2 in the price range of Rs.2 lakh to Rs.3 lakh by the end of 2015.

Passionate In Marketing - October 23, 2020
0
During the festive season, Canon India launches many deals and benefits to boost sales. A variety of offers for its imaging products...