JD Power Asia Pacific 2015 India’s Sales Satisfaction Index (SSI) that examines the factors which contribute to new-vehicle owners’ overall satisfaction with their sales experience revealed that one in every five vehicle buyers in India is dissatisfied with several aspects of their purchase process  that include negotiations for their new vehicle, delivery commitments and the overall delivery process.

Sales Satisfaction is calculated on a 1,000-point scale and includes factors such as delivery process, delivery timing, salesperson, sales initiation, dealer facility, paperwork and deal. The overall sales satisfaction index in 2015 was 851 which were 6 points less than 2014.
According to the study, Mahindra and Toyota were the companies that were ranked as the highest in sales satisfaction among mass market brands in India. While Toyota performs particularly well in the sales initiation factor and Mahindra performs highest in the paperwork factor.

Mohit Arora, Executive Director, JD Power Asia Pacific have the view that intense competition and pressure to maximize sales conversions has shifted the dealers focus from a customer-centric approach to a sales-driven approach which has a great impact on customer satisfaction. He  also added that original equipment manufacturers (OEMs) and dealerships needs  to provide a pressure-free environment that is conducive  for sales  which can lead to a positive and lasting impression about  the brand in the minds of customers.

The study pointed out that, the average time for delivering a vehicle to the customers against the booking made has increased to 11 days in 2015 which was 9 days in 2014. Also more than one-third (39 per cent) of new-vehicle purchasers  visited showrooms at least three times during their shopping process but the satisfaction  index among these new owners was  25 points less than those purchasers  who visited the  showrooms  fewer times. Among the  new-vehicle owners who are highly satisfied with their purchase experience  82 %say they “definitely will” recommend their purchase dealer to family and friends and 74 per cent say they “definitely will” purchase the same vehicle make in the future. 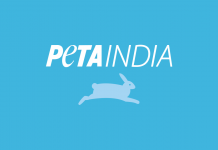 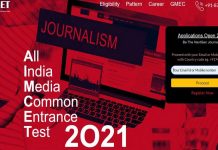 Leadership traits in the COVID-19 Crisis

Surya S - July 23, 2021
0
We all respond to situations in different ways. Leaders, governments, and organizations were created in their way, depending on their traditions or...

Clubhouse is now open for all users on iOS and Android

How the pandemic changes the way Indians date- Bumble reveals