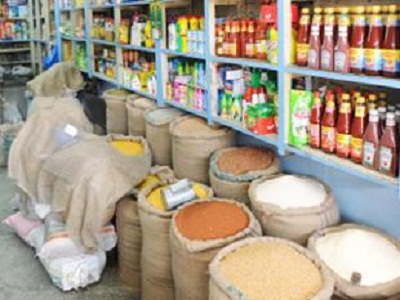 BigBasket, an online grocer based in Bengaluru is planning to set up numerous small warehouses all overIndiain order to be capable of shipping orders to faster to the customers placing orders under the express delivery service. The firm will also make use of these warehouses to expand and tap into the smaller towns in the country.

BigBasket will establish around 10 such warehouses that are called dark stores in the metro cities where it operates and one each in 50 towns. The hyper-local deliveries of orders are typically implemented via partnerships with the neighborhood stores. BigBasket is planning to make this investment to have its own warehouses as it will help it achieve a greater control and expand its inventory.

Regarding this, Hari Menon, the Founder and Chief Executive of BigBasket stated that the firm is a full service online grocer that delivers huge volumes of products. Also, he stated that the one hour express delivery for the top-ups all through the month.

He further stated that the dark stores in cities acrossIndiawill be around 5,000 square feet each and they will house up to 1,500 product categories. These products will be fetched from the central deliver centers in the respective city. The first such dark store will be opening on Saturday in Gurgaon.

It was the British grocery store Tescos that pioneered with the usage of dark stores for the hyper local deliver when it entered online business. This concept is becoming more and more popular all over Europe andU.S.where the food delivery startups such as Munchery are making enough use of the same. InIndia, Faasos, the food aggregator opened such stores in the last year to make the local deliveries. These stores are called call fulfillment centers.

Notably, BigBasket ships around 11,500 orders per day across the country. The firm is looking to reach further into the smaller towns and cities with these dark stores. The dark stores in towns will measure 10,000 square feet each and the first one will be open in Mysuru on Monday. The other cities that are to receive such stores areCoimbatore. Trichy,Maduraiand Vizag.

Hands of Gold: A Brand Bringing the Beauty of Kashmir within...