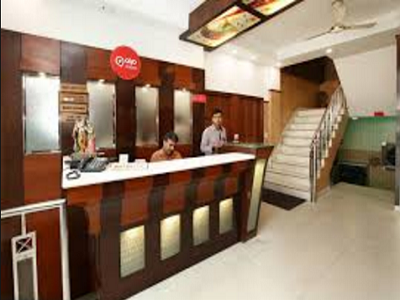 A slew of online travel agencies such as Goibibo, MakeMyTrip and Yatra have joined hands and blocked the budget hotel aggregators including Zo Rooms and OYO Rooms. They have blocked the budget-friendly firms from listing as well as marketing hotels on their websites. This move by the travel agencies is claimed to be aimed to protect the market share and margins by the experts.

As per a MakeMyTrip spokesperson, the company has temporarily de-listed the listings of OYO Rooms on its platform. Even Zo Rooms is also de-listed now. This practice is claimed to be a part of the company’s ongoing experiments.

Even Goibibo also cancelled the future bookings of these portals. Back in September, Goibibo launched its platform called GoStays in order to facilitate the booking budget accommodation.

Both OYO Rooms and Zo Rooms have claimed that they do not see a great shock on their business. Kavikrut, the Chief Growth Officer at one of the firms, OYO Rooms stated that the online travel agencies have a longstanding business channel, but the current scenario contributes to a meager business that is less than 10 percent.

The Co-Founder of Zo Rooms, Paavan Nanda stated that there will be a small drop in the bookings. But, the growth from the app and other collaborations will make up for the same. He stated that the growth is driven by their app and website.

Both Zo Rooms and OYO Rooms have geared up for the mega funding rounds to capture the budget stay market segment. The online travel agencies consider hotels as the highest margin category and they do not want to help their rivals to take a hit on their business.

The budget hotel aggregators rebrand the individual properties and they standardize the service levels. They have roped in unbranded and small hotels that have minimum attractive guarantee deals to ensure the property owners’ revenue.

Passionate In Marketing - June 12, 2015
0
Some film makers have been eyeing the Chinese market for a long time. The maker of Aamir Khan starrer PK, Raju Hirani has reaffirmed...

Case Study: Road ahead for Nissan in India