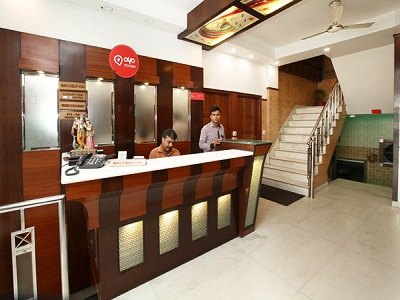 The start-up OYO Rooms has come up with a new brand campaign that targets those who travel in the year end. The latest ad film series that is released to endorse the company is conceptualized in-house, and the campaign comprises of eight films. The theme of these ad films is #OneForEveryone.

In one of these ad films, a girl is shown packing her luggage. She struggles to fit all her stuff from the hotel room into a bag, and she remembers that she had missed to pack the toiletries. She immediately runs to the washroom to fetch her pouch and realizes that she has not picked the free toiletries that were provided by the hotel. She packs everything and finally her bag is done. As she walks out of her room, an attendant in the hotel approaches her to give her a bar of soap and telling that she missed it. The ad film ends there and a voice over says ‘introducing OYO Rooms’.

Regarding the ad films that were released, the founder and CEO of OYO Rooms, stated that they are thrilled to introduce the latest ad campaign, “OneForEveryone” that is a series of short films that showcase how different people behave as they check-in at a hotel. The colloquial commercials highlight how OYO Rooms understands and also caters to a wide spectrum of the Indian travelers’ expectations from their hotel experience. He added that they are quite confident that the campaign will trigger the brand recall and also preference for the OYO Rooms when people start planning their holidays.

The chief growth officer, Kavikrut at OYO Rooms stated that they are targeting upwardly, young and mobile urban consumers. They have also come up with a high impact online campaign known as #oneforeveryone that encourages consumers to share quirky hotel moments. Mobile and digital media is the primary focus as it will help them reach, forge and engage a relationship with their consumers.

Passionate In Marketing - August 9, 2020
0
Hygiene in the new the new normal is extending beyond hand and personal hygiene to many stringent measures of ensuring the hygiene...