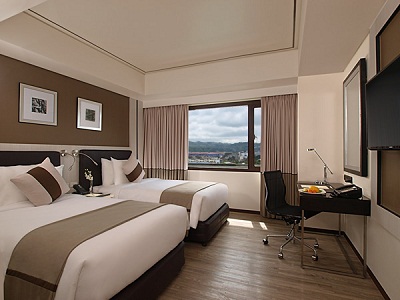 Sunil J Trivedi, the General Manager of the three-star hotel River view Hotel in Ahmedabad did not realize about signing up with the aggregator. It might have lowered the tone of the virtuous establishment all due to discounts.

He stated that undercutting is not tolerable in the hospitality industry as it is harmful to the business and its goodwill. It clearly affected the customers who come to them and they got dayuse type of bookings that they do not take.

The property terminated the relationship with the aggregator Zo Rooms that is backed by Tiger Global based in New York. This is stated to be an unhappy experience by Trivedi.

But, Riverview is not the only one to feel unhappy as almost 200 hotels across the country are estimated to have terminated their ties with the aggregators such as Zo Rooms and Oyo Rooms in the past five to six months.

Besides undercutting the hotels’ own sites, these aggregators are being accused of not paying their dues and making promises that are unrealistic to the customers that the hotels cannot meet resulting in trouble during the check-in time.

These reasons have made the hoteliers handle the customers who have spent their money in booking the rooms using the aggregator platform uncomfortable. They had to explain the customers that they could not help the situation or provide the service they asked despite diverting from their policy.

If you think that the aggregator system is facing a downfall in India, it is not so. Some of those who snapped the ties moved to the rivals including Treebo Hotels, Vista Rooms, and WudStay. It shows that they have not stopped believing in partnering with the aggregators.

Oyo Rooms and Zo Rooms were too successful and lured many customers, but these startups are gradually losing their grip on their business in the country due to these glitches. We need to wait and watch to see whether these issues will be resolved to attract further business and support from hoteliers or not.

Passionate In Marketing - July 31, 2020
0
Every day it is a new issue and concern when it comes to the food industry. Food plays a very vital and important...