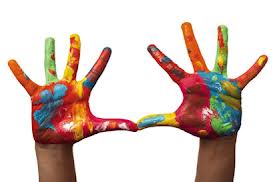 According to the recent reports of AC Nielsen, the Indian paint industry is estimated to double its output by 2016. Estimates reveal that the industry will double its output to Rs 50,000 crore by next four years, as the household consumption has increased to over 4 kgs from previous years consumption of 2.57 kgs.

The highlight of the report was disclosed during the ceremonial function of 26th Indian Paint Conference conducted at Mumbai. In value perspectives, paint industry has earned around Rs 26,000 crore during last year. Major contributor of the revenue is decorative paints, which accounts to about 71%. Rest of the market share was of industrial paints.

In volume tones also, last year figures are far behind the estimated value of 2016. During 2011-2012, the size of the industry was estimated to be 3.1 million tones which accounts to a per capita consumption of 2.57 kgs (estimated value). In this, the contribution of decorative paints and industrial paints are 2.4 million tonnes and 0.7 million tonnes respectively.

Claims of Paint majors like Berger Paints and Kansai Nerolac are enough to support the report of AC Nielsen. Berger said that, they are planning to become an Rs 7,000 crore company by 2016, by employing innovative marketing strategies.  As part of this, Berger aims to offer designer themes in paints (along with furnishers and furnishing). Besides, they are striving to improve their production capacity to 34,000 tonne per month from the present status of 20,000 tonne per month. Kansai Nerolac being the second largest paints company of India is targeting for 15 per cent revenue growth by the end of this month.

Increased propensity to spend among the middle class groups is one of the reasons cited for expected market growth in upcoming years. Tendency of young generation to stay in nuclear families and increased demand for industrial paints for developing country’s infrastructure are some other reasons. In midst of this, Paint Industry is facing the threat of rising input/ raw material costs. However, marketers must be wise enough to tackle these issues and to accomplish their aim of doubling the output by 2016.