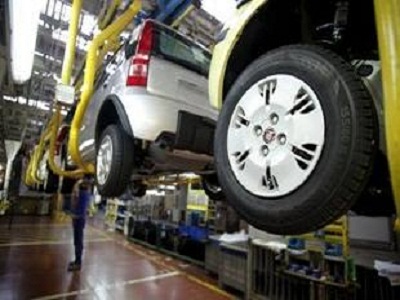 On Tuesday, an automobile industry body in India claimed that faster growth and enhanced consumer sentiment will be boosting the sales of passenger cars and utility vehicles segment in the country by 6 percent to 8 percent per year. It is claimed that this growth will be starting from April.

The enhanced sales viewpoint for the utility vehicles, passenger cars, trucks and buses will result due to the backdrop of the government’s annual budget proposal that claims to raise the investment in infrastructure such as railways and roads.

Regarding this, Sugato Sen, Deputy Director General ofSIAM(Society of Indian Automobile Manufacturers) claimed that a lot of investment is expected to go into the rural areas and in infrastructure. He added that there will be a revival once there is money flow.

The growth in the sales of passenger vehicles in the country in the current fiscal year that will end this month is believed to be low in single digits. But, this is a relief as there were two years of decline in the sales of the segment, noted the report bySIAM. In the first 11 months of this fiscal, the passenger vehicle sales rose to 4 percent that is around 2.36 million.

Also, theIndia’s Central Bank announced a surprising interest rate cut in the last week. This is the second such cut that is announced by the band this year alone. This makes it clear that this is meant to likely push the sales of the segment further as a majority of the vehicles buyers will be relying on bank loans for financial assistance.

Regarding this, Sen added that we need a kick start of the economy and this has been initiated in the budget that was announced lately. It was added that it is the government’s decision to increase the contribution to the rural welfare schemes as it will drive the demand for motorcycles and low-end cars.

The sales of motorcycles are believed to grow by 6 percent to 7 percent in the next fiscal year. Also, that of the scooters is likely to increase by one fifth claimed theSIAMreport. It is claimed that these estimates have arrived jointly along with multiple rating agencies such as Crisil.

Passionate In Marketing - August 1, 2020
0
Greenlam Laminates is back with its new TV commercial that specialize in one among its key product features of Anti-bacterial surface for...