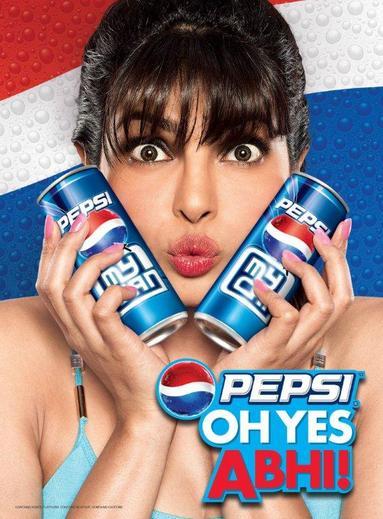 The new campaign will feature three well known faces Indian Cricket Captain Mahendra Singh Dhoni, Ranbir Kapoor and Priyanka Chopra. All the three celebrities are featured together in the new campaign replacing the old theme ‘change the game’ which PepsiCo has been using for the last two years. The new theme captures ‘moments of impatience’ and according to Marketing VP, PepsiCo Beverages, Deepika Warrier, the new theme tries to capture the impatience of the present day youth and their concept of live for the present.

The ‘Oh yes abhi’ campaign created by JWT will go live across all the mediums including Television, Radio, Social Media Platforms Facebook and Twitter. Said to be the biggest ad campaign from the beverages major, this new ad theme will be used for the IPL T20 tournament which is scheduled for April-May 2013. PepsiCo bagged the rights for the IPL T20 tournament for Rs.396.8 crore and as the title sponsor the company would be looking to maximise the branding and marketing benefits. The company plans to use other consumer engagement models to connect with the target group through this theme.