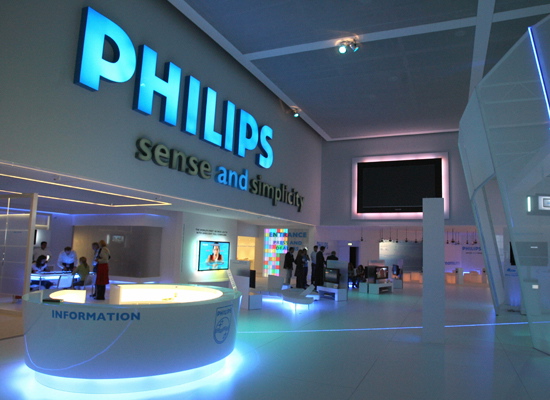 Feb 25, 2013: Philips in a major move is going to rename the company and drop the word “Electronics” from its name and embrace a new company name “Royal Philips”. This move comes in the backdrop of the company changing its strategy and shifting away from consumer based entertainment. The Dutch manufacturing major has now started focusing on health, lighting products and well being products. The company has also dropped its lifestyle entertainment branch which makes multimedia, video and audio products. Philips has sold this business division to Japanese company Funai in a USD 199 million deal.

Philips which was founded in 1891 has diversified into various fields and maintaining the name “Royal Philips Electronics” will not encompass all the business divisions. According to Chief Executive, Frans Van Houten “We believe having Royal Philips as our new company name will position us well in our endeavour to make the world healthier and more sustainable”. The company will putting the proposal to rename the company to “Royal Philips” in the shareholders meeting at the annual general meeting to be held in Amsterdam on May 3, 2013. The company had recently sold its television manufacturing arm as well as part of consolidating the product range.

Passionate In Marketing - March 21, 2013
0
SWOT- the acronym for Strength, Weaknesses, Opportunities, and Threats are some of the factors to be considered for a successful management. Strength and Weakness...

Sales volume of major FMCG’s, not in par with ad spends

Magzter, an application developed in India becomes the top grosser on...

Flipkart’s Big Billion Day sells half a million mobiles in 10...